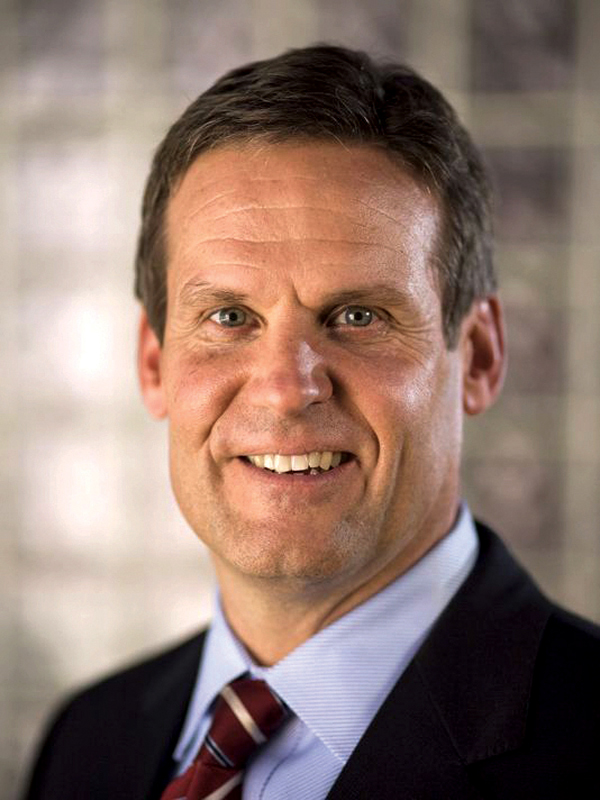 Tennessee to use virus relief dollars to train more police

By KIMBERLEE KRUESI Associated Press
NASHVILLE (AP) — Tennessee will funnel $300,000 of federal coronavirus relief money to help cover the cost of 90 additional police cadet scholarships as part of Gov. Bill Lee’s initiative to strengthen policing.
The announcement comes as advocates across the nation have called for systemic reforms in policing, including redirecting money to build the capacity of first-responders to handle mental health crises and other community needs. The most strident of these demands call for defunding the police — something Lee, a Republican, has spurned and described as “meaningless.”
Instead, Lee on Thursday touted the recommendations that his top administration officials drafted with input from law enforcement groups.
“Through this partnership, our state has created one of the most comprehensive and collaborative law enforcement advancements in recent Tennessee history while also working to recruit top-tier talent to our force,” Lee said in a statement.
Lee had previously announced in July that the Peace Officers Standards & Training Commission will have increased accessibility to the national registry that tracks officers who have lost licenses or certificates due to misconduct — known as the National Decertification Index.
However, on Thursday, Lee’s administration noted that law enforcement agencies will now have to provide more details when explaining why an officer departed an agency, including disciplinary actions and procedures.
“Utilizing the National Decertification Index will improve information sharing between our law enforcement agencies, strengthen accountability and ensure bad actors are handled appropriately,” said Safety and Homeland Security Commissioner Jeff Long in a statement.
Meanwhile, the minimum training hours for cadets in Tennessee’s law enforcement training academy will increase from 400 to 488 hours. Curriculums will be updated to require a minimum of 16 course hours designated for relevant topics, such as proper use of force and positive officer interactions.
According to a news release, sample policies on use of force and duty to intervene were distributed to all local agency heads but the governor’s office did not disclose how many agencies adopted such policies.
You Might Like

BY IVAN SANDERS STAR STAFF ivan.sanders@elizabethton.com The Elizabethton Cyclone football season in 2019 was one that many will not to... read more