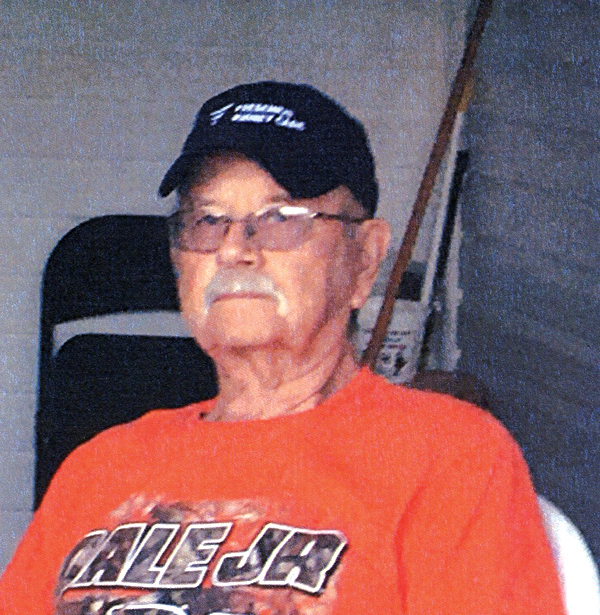 Aubrey Larry Brown, 81, of Watauga, Tenn., passed away peacefully on September 13, 2020, after an extended illness. During his final days he was entertained by his family and friends who gathered with him and told stories of the impact that he had on their lives.
Aubrey worked hard throughout his life as a machine operator and truck driver at Tri-State/Inland Container and after “retirement” as a bus driver for the Carter County School System. His hobbies included film and videography, cars, automobile mechanic, archery, guns, muzzle loaders, boating, camping, hunting, fishing, riding motorcycles, watching old Westerns, NASCAR and the Braves and grilling out. He was a long-time member of First Free Will Baptist Church and also a member of the Masons for over 50 years and a member of the Scottish Rite.
Aubrey will be remembered as a master storyteller who could keep you laughing and as a loving father and mentor. Aubrey gently guided his children, grandchildren and others toward becoming successful in life. More important to him though, was that they become decent human beings with respect for themselves and for others. Much of his guidance was through his living example and his clever, self-deprecating humor. His quick wit and easy smile will be remembered by all of the people whose life he touched.
There were others who also thought of him as their father, but his sons Danny Brown (wife Karen), Tony Allen (wife Buffy) and David Brown and daughter Melanie “Sissy” Moore (husband Eddie) called him “Daddy.” Along with his children, he is survived by his wife of 47 years, Judy Williams Brown; his twin sister, Audrey Arthur; his brother, Lynn Brown; his grandchildren, Caleb Brown, Trinity Allen, April Davis, Jeremiah Allen, Riley Allen, Brittnay Allen, Megan Buckles, Justin Buckles, Victoria Allen and Heather Hampton; and great-grandchildren, Emorie Buckles, Mariah Hampton, Christopher Hampton, Caleb Hampton and Sadie Allen.
The family would like to thank the wonderful staff at Johnson City Medical Center who assisted Aubrey during his last days.
If you knew Aubrey, then please join us in paying our respect to this beautiful man at a graveside service on Wednesday, September 16, at 1 p.m. at George Mottern Cemetery on Watauga Road. We will meet at Memorial Funeral Chapel in Elizabethton at 12:30 p.m. Pastor Nathan Jennings will be presiding. Active pallbearers, Danny Brown, Tony Allen, David Brown, Trinity Allen, Eddie Moore and Billy Joe Blevins, are requested to assemble at the funeral home at 12:30 p.m. Masks and social distancing are required at the service.
Memorial Funeral Chapel is serving the Brown Family.
You Might Like

Ramiro Bertram Perez, 62, went home to be with his Lord and Savior and his loved ones who have passed... read more