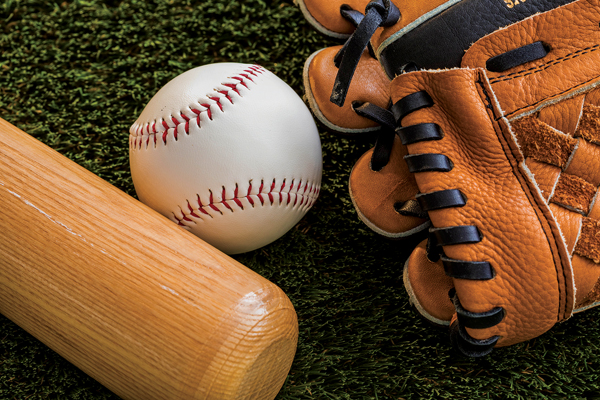 Padres win, back in playoffs for 1st time in 14 years

SAN DIEGO (AP) — The San Diego Padres are returning to the playoffs for the first time in 14 years after beating the Seattle Mariners 7-4 Sunday with a three-run rally in the 11th inning that included a go-ahead double by newcomer Mitch Moreland.

The clincher came in the finale of a series that was moved from Seattle because of poor air quality due to wildfires, so the Mariners were considered the home team and batted last. After closer Trevor Rosenthal (1-0), another newcomer, struck out Phillip Ervin for the final out, the Padres had a brief but joyous celebration in the infield. Then they gathered near the dugouts to get playoff caps and T-shirts.

Although Petco Park was devoid of spectators, a handful of fans watched from a rooftop bar just beyond left-center field and several others watched from balconies on an office building high above right field.

BOSTON (AP) — Tanner Houck took a no-hitter into the sixth inning of his second major league start and Michael Chavis had a huge day at the plate as Boston halted two long streaks with a victory over New York.

Hours later, however, the Yankees punched their ticket to the postseason for a fourth straight year when Seattle lost to San Diego.

Chavis hit two homers over the Green Monster and drove in five runs. Jackie Bradley Jr. went 4 for 5, and J.D. Martinez and Bobby Dalbec each had a solo homer.

It was Boston’s first win over the Yankees this season in their last of 10 meetings. New York had matched its longest winning streak against the Red Sox, also winning 12 in a row in 1936 and from 1952-53.

Means (2-3) allowed three hits and a run in 5 2/3 innings. The left-hander tied a team record with seven consecutive strikeouts, matching the mark set by Sammy Stewart in 1978.

Renato Núñez hit a two-run single in the first for the Orioles, who averted a five-game sweep. César Valdez worked a perfect ninth for his second save.

NEW YORK (AP) — Kyle Wright allowed one hit in the best start of his big league career, pitching into the seventh inning to lead Atlanta past New York.

Ronald Acuña Jr. homered off Rick Porcello (1-6) to break a scoreless tie in the sixth and finished with four RBIs. Travis d’Arnaud added a two-run double for his latest clutch hit against his former team.

Looking for its third straight NL East title, Atlanta moved three games ahead of second-place Miami with seven to play.

Wright (2-4) went 6 1/3 innings and combined with three relievers on a three-hitter.

The Mets dropped 2 1/2 games out of the final NL playoff spot with three teams to catch and only seven games remaining.

The Giants earned their first win in six tries during this year’s Bay Bridge Series.

Oakland, already into the playoffs for a third straight season, needed a win or a loss by the rival Astros to secure their first division crown since 2013. Houston won at home against the Diamondbacks.

Tyler Anderson (3-3) — ejected in the third inning Thursday against the Mariners — struck out four over 5 2/3 innings.

Tromp connected in the third for the Giants’ first runs of the series, then Ruf the next inning against Mike Minor (1-6), who was coming off a victory in his first start with Oakland. Tromp also had an RBI single during his three-hit day.

Kepler had three hits for the Twins, who took two of three from the NL Central leaders. Minnesota, which clinched its second straight playoff berth Saturday, trails the first-place White Sox by two games in the AL Central.

The Cubs scored just two runs in the series and hold a 3 1/2-game lead over St. Louis. Chicago had won five of six.

Berríos (5-3) improved to 4-0 in his last six starts, combining with three relievers on a four-hitter. The Cubs loaded the bases in the ninth before Sergio Romo struck out Nico Hoerner to end it.

Darvish (7-3), an NL Cy Young Award contender, allowed a season-high four runs and nine hits in his quest to become the NL’s first eight-game winner. He struck out nine and walked one.

Kepler chased Darvish with a two-run homer in the seventh.

MIAMI (AP) — Kurt Suzuki homered and doubled to bounce back from a game-ending strikeout in the opener, and Washington routed playoff-contending Miami to split a doubleheader.

In the opener, Marlins reliever Brandon Kintzler fanned Suzuki with the bases loaded to preserve the win.

The split kept Miami a game ahead of Philadelphia for second place in the NL East. The top two teams in each division make the playoffs, along with two wild-card clubs in each league.

In the first game, The Marlins scored an unearned run off Max Scherzer (4-4) in the sixth on a two-out error by first baseman Eric Thames.

Sandy Alcantara (3-2) got the win and Kintzler earned his 10th save.

Aristides Aquino hit a two-run homer as the surging Reds stayed in contention for a playoff spot, taking two out of three from the AL Central leaders for their seventh win in eight games.

PITTSBURGH (AP) — Yadier Molina hit a two-run homer and Jack Flaherty struck out 11 as St. Louis kept its hold on a postseason spot.

Molina’s home run to the bleachers in left field came in the seventh inning off Pittsburgh reliever Derek Holland (1-3) and extended the Cardinals’ winning streak to a season-high four games.

Flaherty (4-2) allowed only one run and two hits in six innings while walking two. Andrew Miller closed for his third save.

Senzatela (5-2) carried over his command from his last start when he turned in his first career complete game. He allowed one run over 6 1/3 innings.

Mychal Givens got one out for his first save.

Tony Gonsolin (1-2) struck out a career-best 10, including the first six he faced, over five innings.

Carrasco (3-4) struck out 11. The Indians took three of four in this series after entering on an eight-game losing streak and are closing in on a postseason berth.

Matthew Boyd (2-7) was perfect through four innings for Detroit, but the Indians scored three runs in the fifth. Then Ramirez added two-run homers in the sixth and seventh to make it 7-0.

Miguel Cabrera hit his 484th career home run for Detroit in the eighth.

Josh Lindblom (2-3), who was reinstated from the bereavement list prior to the start of the game, held Kansas City to one run and three hits in 5 1/3 innings.

Josh Hader retired the lone batter he faced to notch his 10th save in 12 tries as Milwaukee won its fourth in a row.

Cody (1-1) allowed just three hits and one run in a career-high five innings, striking out five without a walk.

Los Angeles starter Julio Teheran (0-4) was chased in the second inning for the second straight game.

Phillies slugger Bryce Harper exited with lower back stiffness after he struck out with the bases loaded in the seventh.

Philadelphia is trying to hang on over the final week and secure its first playoff berth since 2011.

The Blue Jays (27-26) hold the eighth and final playoff spot in the American League. They return home to Sahlen Field in Buffalo, New York, for the final seven games to try and earn a trip to the postseason.

Adonis Medina (0-1) gave up two runs over four innings in his big league debut for the Phillies.

Carlos Correa drove in the go-ahead run with a sacrifice fly in the eighth inning off Junior Guerra (1-2).

Springer has 13 homers this year. He is set to become a free agent in the offseason, so it might have been his final home game with the Astros.

Houston improved to 27-26 and will finish the regular season on the road against Seattle and Texas.

Ryan Pressley pitched a scoreless ninth for his 12th save. Blake Taylor (2-1) retired the Diamondbacks in the eighth.

BY THE ASSOCIATED PRESS SEATTLE (AP) — Cam Newton was stopped at the 1-yard line on the final play and... read more