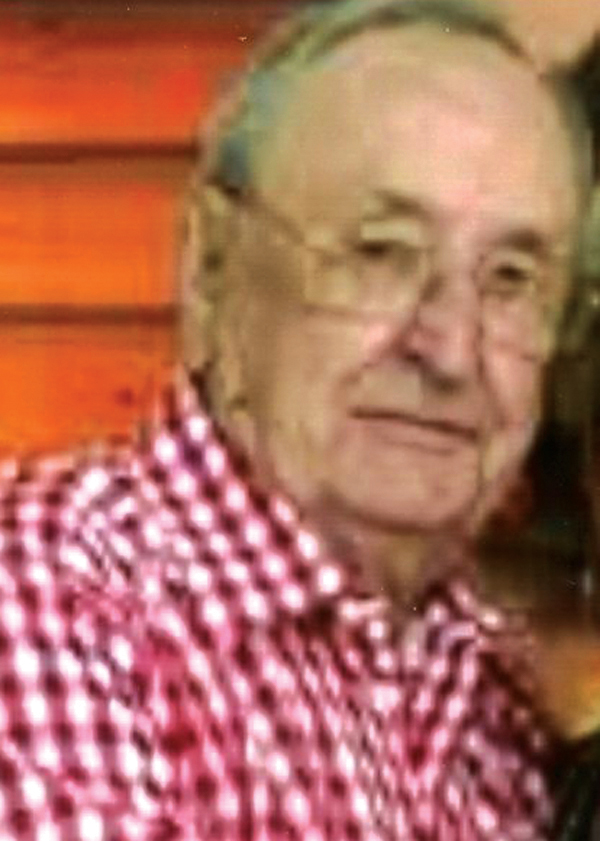 Someone has written: Work is not man’s punishment. It is his reward and his strength and his pleasure.
Arvel McKinney found pleasure in work. It led him to another love: people. “He loved to work better than anything,” said his widow, Dolores McKinney. “I can’t ever remember him being without work, not even one day.”
Arvel, who built a successful career in the heating and cooling repair business, died Sept. 12 at the age of 80. Probably 60 of those 80 years had been spent in the heating and cooling repair business, first working for Watson Bros., and then working for himself as a co-owner of McKinney Brothers Heating and Air. “He and his brothers were close-knit and they always got along good,” his wife shared.
His first job was at age 15 or 16 when he worked as a bag boy at Smithdeal’s Grocery. And, from that time on, Arvel always had a job. “He didn’t mind the long hours. If someone’s heat pump quit working, he went. He always worried about elderly people having to do without heat or air, and for families with little children,” said Dolores, better known as “Floss” to friends. “Arvel always took the worst cases first, and many times he worked for nothing. He took great joy in helping people. He knew those people who had nothing or little to pay, and it made little difference to him if they needed heat in the cold of winter.”
Most of his training in the heating and air business was “on the job.” From time to time he did take some short classes.
“Arvel was a simple man who enjoyed simple things. He was happy with the bare necessities — something to eat, a place to lay down at night, clothes on his back. He didn’t care about vacations, outings, and things like that,” Floss said. “He enjoyed being with his family, going to church. He rarely missed a church service.”
Arvel was a long-time member at Valley Forge Christian Church, where he served as deacon and elder and treasurer of the Valley Forge Men’s Class. He and former minister Clay Bailey were the best of friends as were he and the current minister, David Siebenaler.
Outside of his work and church, Arvel enjoyed people, and he knew almost everyone. Arvel never missed an opportunity to meet up with friends and chew the fat with them.
For a long time he met every morning with friends at McDonald’s for coffee, and more recently he and a group of friends met at Ron McCloud’s place. “They called it the E Street Breakfast Club,” Floss shared with a chuckle. “Arvel enjoyed making new friends. Oftentimes when we would go to the Mall or some place like that, he would find a bench and wait for me. Always, he found someone to talk to and would usually make a new friend.”
Arvel was pretty much a life-long resident of the Long Hollow Community, except for a short time after he and Floss were married. They lived on Lee Street before building a house and moving back to Long Hollow. “That was home to him,” said Floss.
Arvel was also a long-time member of the York Rite, Scottish Rite, and Jericho Shriners. He was a 32nd degree Mason, and a member of Hampton Masonic Lodge No. 750. Again, his enjoyment were the many friends he made through his association with the Masons.
Arvel and Floss were the parents of a daughter, Janet, who retired from school teaching about three years ago. Janet’s husband, Leo Meredith, preceded Arvel in death. “Janet was a daddy’s girl. Arvel was also extremely proud of his grandson, Ethan Meredith. He and his wife, Taylor, are attorneys and live in Washington, D.C. He works for the Department of Commerce and she, the Environmental Protection Agency,” Floss shared.
Arvel was one of five sons of the late Ollie and Elvina McKinney. Only one brother, Larry, survives. “He and Arvel visited every night…if not they talked on the phone. They were very close,” said Floss. A sister, Phyliss Oliver, also survives.
Arvil McKinney was a kind person; always had a kind word and smile for those who were a part of his day. Hardly a day passed, that he didn’t take the opportunity to help someone who crossed his path. He not only was a believer in hard work, but he believed in helping those in need and loving his neighbor. And, that would be the challenge he leaves for us.