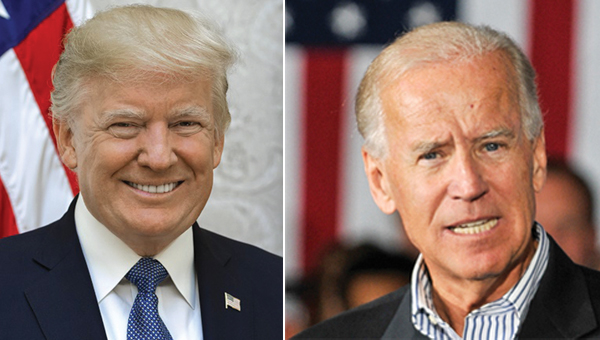 NASHVILLE (AP) — A university in Tennessee’s capital city says it is still on track to host the third and final presidential debate later this month.
Belmont University President Bob Fisher said in a statement Monday that the school is “fully committed” to working the Commission on Presidential Debates to hold the Oct. 22 debate in Nashville, and will “follow their lead and guidance.”
The first presidential debate between President Donald Trump and former Vice President Joe Biden was Sept. 29 in Cleveland, Ohio. The next debate is scheduled for Oct. 15.
Plans for the second debate are in question following Trump’s testing positive for COVID-19 last week.
The development has already informed changes to the vice presidential debate on Oct. 7. Vice President Mike Pence and Biden’s running mate, Kamala Harris, will stand 12 feet (3.6 meters) apart, rather than the 7 feet (2 meters) originally planned.
Biden has said he’s willing to go forward with an in-person debate later this month “if scientists say it’s safe.”
Belmont did not say whether the debate format would now be altered for the third event, though its website said plans would be modified to ensure the school follows recommended health protocols.
The university was selected to host the third 2020 presidential debate a year ago.