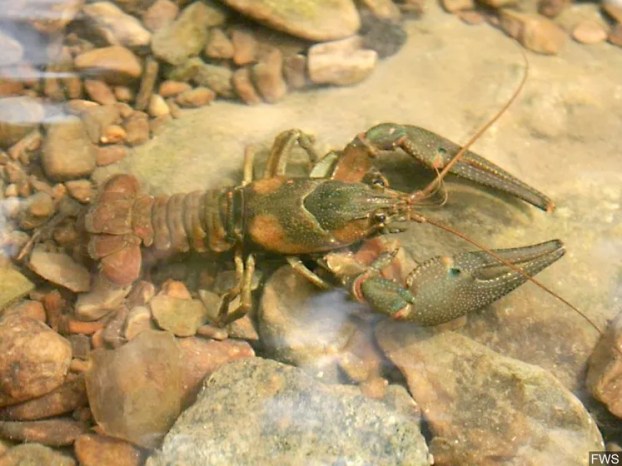 NASHVILLE (AP) — Citizens have a chance to weigh in on a proposal to remove endangered species status from the Nashville crayfish, whose only known habitat is the Mill Creek watershed in Tennessee.
The U.S. Fish and Wildlife Service first proposed the removal in November, saying populations of the crustacean are now “healthy, stable and robust.”
Several environmental groups oppose the move. They say the species has been able to recover because its endangered status has limited development in the fast-growing areas next to Mill Creek. If that status is removed, they fear the crayfish populations could quickly deteriorate.
The wildlife service is holding a public information meeting on the proposal on Thursday at 6 p.m., followed by a public comment period. The public can participate virtually using the Zoom application or by telephone. Those who wish to participate must register in advance at www.fws.gov/cookeville.