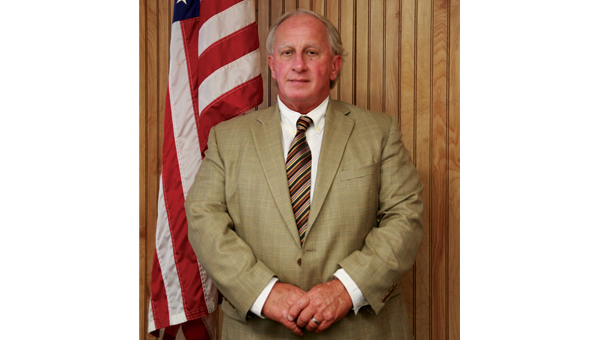 A resolution to dedicate the Fire/EMS Substation in Butler to Mayor Barnett’s memory was presented during the Carter County Commission meeting on Monday evening.
The Substation will be called the Mayor Rusty Barnett Memorial Substation.
In the resolution, Barnett’s work as a first responder is detailed, including his work at the Elizabethton Fire Department for 38 years and achieving the rank of Deputy Fire Chief. His additional work in the community is also praised in this resolution.
“Mr. Barnett was beloved as Mayor and fiercely advocated for the citizens of
not just Carter County, but all of Northeast Tennessee through his service on the many local
and regional boards associated with his office,” the document states. “…his dedication to his community and the citizens of Carter County during his life clearly illustrates that he had a servant’s heart and a deep love for the people of Carter County, and his legacy of serving others is an example for us all.”
In addition to the dedication, the resolution also called for the board to formally recognize and honor the life of Mayor Barnett and his service to the citizens of Carter County.
The resolution was brought on by the Health and Welfare Committee.
“Rusty at heart was the first responder, and obviously we consider first responders through Health and Welfare to be the safety net of our county,” explained Commissioner Robert Acuff. “They provide more than services of rescuing folks, picking them up with ambulances, taking care of fire initiatives and rescues. They have a heart for service as it relates to health care. So, it made good sense for this resolution to be brought through this committee.”
As plans for the tribute came together, County Attorney Joshua Hardin and Commissioner Mike Hill also aided in ideas, including the naming of the Substation and putting together the resolution.
Acuff said such a tribute goes to doing what Mayor Barnett would have wanted.
“I think it’s fitting that we do this,” said Acuff. “Rusty was excited about the Substation there in that region because it’s an underserved region of our county. It will serve as not only bringing law enforcement there but also Carter County EMS and Rescue Squad and the Butler Fire Department, where they would utilize the facility and all work together.”
Acuff said that this also serves his legacy, as Mayor Barnett was all about having different areas and departments partner and work together.
The resolution was passed unanimously. At a later date, there are hopes of having a ribbon-cutting event with Barnett’s family and fire department representatives, who will be presented with check donations.

The Carter County Commission held their October meeting via ZOOM on Monday evening. As the meeting began, a resolution was presented to... read more