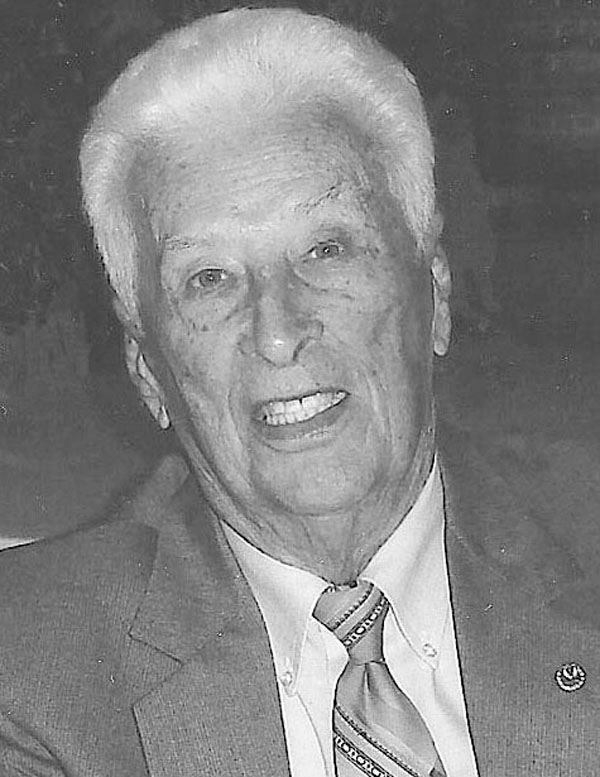 A Life Lived: Earl Ellis, Jr., an old soldier who never gave up, but just faded away

Gen. Douglas MacArthur is credited with the saying: “Old soldiers never die, they just fade away.” Perhaps, that was true with Earl Ellis, Jr., who at 97 years of age passed on Oct. 21. Earl lost his grip on life after suffering a hip fracture. “He spent his last days at Hillview Health Center, where the staff was so kind and helpful to him,” said his son, Ron.
A part of the Greatest Generation, Earl Ellis, Jr. was 19 years old when he enlisted in the U.S. Navy. When he went to enlist, Earl was told by the recruiter he had to be 21 in order to sign up or else have his parents’ permission. Earl often told the story of how the recruiter gave him some forms and told him to get his father to sign one and his mother to sign the other. Ellis left the recruiting office, walked down the hall, and then signed one of his parents’ name on the form, using his left hand. He then signed the other parent’s name on the second form, using his right hand, and returned the forms to the recruiting office. Ellis said the recruiter looked at the form, shook his head, and all he could say was “Dang, you got them signed.”
Ellis often credited Tokyo Rose with providing him the incentive to sign up for military service. He remembered hearing Tokyo Rose on the radio boasting about the Japanese victory at the Battle of the Coral Sea. “I knew then I had to join up. I was needed,” he said.
Ellis was an aviation machinist, second class, and served as a ball turret gunner on a Grumman Avenger, one of the more dangerous assignments. One of his assignments was with Torpedo Squadron 9 on the Yorktown CV-10. Among the actions he was involved in was the Sinking of the Yamato, the biggest battleship ever built, and the Battle of Iwo Jima and Okinawa.
Ron said, “Dad often said he spent more time in the air than he did on a ship during the war.”
He had a special kin with veterans and enjoyed being with them, and he was there to honor to more than a thousand of them as a member of the Carter County Honor Guard. He often shared that a veteran was not only a free man because he was willing to serve, fight, and defend his freedoms, but all America was free because of veterans. There were times that Ellis and his comrades did two and three funerals a day.
Ellis’ other love was the Shriners and their work with crippled children. Fellow Shriner and Mason Howard Ensor had nothing but praise for Ellis. “We go back a long way. We sold papers together and shared a common cause. As long as he was able he was out there on the weekends selling Shrine papers when that time of the year rolled around. He made countless trips to the Shrine Hospital, transporting and escorting children for treatment. Earl was a good man and he loved those children and the work that the Shrine hospitals do,” said Ensor.
When Ellis got to the point that he couldn’t sell papers at the drives, he sold them from his home on E Street.
Many in the community knew Ellis from his work at the Elizabethton Post Office. He worked 33-1/2 years, most of those years as a postal clerk. His son said Ellis was a rural carrier the last nine or 10 years he worked. “It helped with his retirement pay,” Ron added.
Ron noted that his father was a big NASCAR fan. “He never went to many races. He watched them on TV. He was a Ford fan and Joey Logano was his favorite driver. I can remember when he went to some races and would take down the information and bring it back to Bill Jenkins at the STAR for a story. Bill didn’t care for racing and he would get Dad tickets to attend and cover a race. Dad couldn’t write, but he would get the information, and Bill did the story,” Ron shared with a laugh.
Earl was a devout Christian and was a member of Borderview Christian Church. “He actually helped with the construction of the church. The foundation was constructed of river rock, and Dad did a lot of work on that part of the construction,” said Ron.
“He was a very giving person…was very personable, and had made a lot of friends through the years. Yet, he outlived many of his friends. He was well blessed,” said Ron.
In addition to Ron, Earl had a second son, Jim, and a daughter, Jean Hart. He was also preceded in death by a daughter, Diana Lynn McClellan. Ron said his father also had a dear friend, Mabel Snavely.
Earl was laid to rest Oct. 24 at Happy Valley Memorial Park, and of course, he received military honors by the Carter County Honor Guard.
Perhaps his old friend, Howard Ensor, summed up Earl’s life best. “They just don’t make men like him any more.”

Safeness and spookiness go hand-in-hand this Halloween. This year, the first annual Boots Off Halloween Costume Party will be kicking... read more