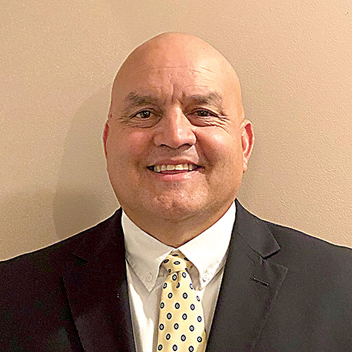 JOHNSON CITY – East Tennessee State University has named Cesar Gracia as chief of police and director of Public Safety. He assumes this new role on Nov.9.
For the past five years, Gracia has served as dean of campus safety and chief of police at Lincoln Memorial University (LMU) in Harrogate where he provided leadership, direction and management for the police and security department and its programs, services and activities. In 2019, the university was ranked the No. 1 safest campus out of 500 colleges and universities in the nation by the National Council for Home Safety and Security.
He also created the LMU Clery Compliance Committee and was a finalist for Campus Safety Director of the Year by Campus Safety magazine.
From 2005-2015, he served as coordinator and later director of the Walters State Community College Regional Law Enforcement Training Academy. Under his leadership, the academy witnessed an enrollment growth of 30% as well as an improved graduation rate.
Gracia’s career also includes four years with the Tennessee Bureau of Investigation and seven years with the Kingsport Police Department.
A graduate of the Tennessee Law Enforcement Training Academy and the Tennessee Bureau of Investigation Training Academy, he holds a B.A. in criminal justice and a Master of Arts in Liberal Studies with a concentration in criminal justice, both from ETSU.
“I would like to thank the search committee for their hard work and diligence relative to this crucial position. The committee and the multitude of students, faculty, and staff that interacted with Chief Gracia consistently commented on his skills as a communicator, team-builder and collaborator and his commitment to inclusivity,” said Jeremy Ross, ETSU chief operating officer. “We have an outstanding team of police offers at ETSU and are pleased to have him in this role of overseeing our Department of Public Safety and providing oversight of our safety initiatives.”
Gracia is a member of the National Association of Clery Compliance Officers Association, International Association of Campus Law Enforcement Executives Association, Tennessee Association of Chiefs of Police and the FBI Law Enforcement Leadership Development Program.

BY IVAN SANDERS STAR STAFF ivan.sanders@elizabethton.com Even with a wind chill that caused the toughest golfer to give a shudder,... read more