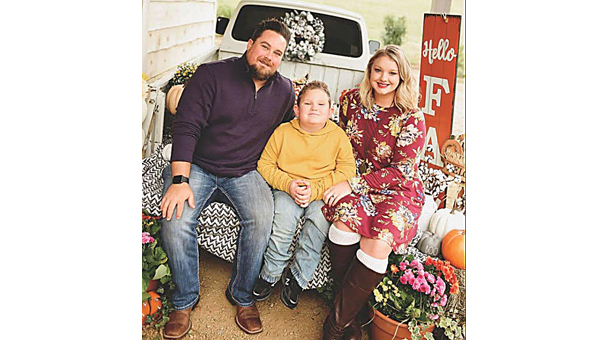 Daniel McInturff is the newest commissioner in the Carter County Commission.
McInturff won against Jimmy Pierce during the November Primary earlier this week. He will now represent the seventh district.
McInturff, who was understandably nervous before the election results were announced, described his reaction to the revelation he had won.
“Once the results were announced, I was very excited and ready to get to work,” he said.
McInturff said that since the announcement of his win, he has spent the better part of his time listening to the committee meeting he will take part in.
“I’ve had the opportunity to listen and get my feet wet, so-to-speak, on what the ideas are and what’s going on in the committees I will be working on.”
In addition to his upcoming new role, McInturff is also a husband, father, teacher and coach. McIntuff is married to his wife Lauren, and they have a son named Brody. He teaches sixth and seventh grade social studies at Hunter Elementary School and coaches junior high football at Unaka.
“I absolutely love my job,” he said. “Probably one of the most rewarding things I’ve done on a daily basis, besides being a husband and a father, is to get to work with our youth.”
McInturff described his work as very rewarding and very eye-opening.
McInturff’s interest in politics, history, etc. started at a young age by sitting and watching the news at his grandparents’ home. He went on to study history at East Tennessee State University and his interest in government grew.
The most prominent event to spark his interest came when he and his wife and son helped work to get the Katie Beckett Waiver passed, which advocates for TennCare to cover kids with complex medical needs.
“Talking with legislators, it dawned on me that you can go into government and really have a positive impact on people’s lives,” he said.
McInturff explained that this is when he turned his focus to Carter County and how he could help the area grow.
While the election results must be certified, he said he expects this to occur by around Nov. 23. McInturff said he hopes this will occur and allow him to be sworn in around the time of the mayoral decision.
“That’s a big deal for our county,” he said.
On his plans in the new role, McInturff discussed his background working in teams. He said he hopes to work together with fellow commissioners to help Carter County grow. He also spoke highly of the commission and his desire to be part of it.
To those who voted for him, McInturff was thankful, and wanted the public to know this is not a position he will take lightly.
“You’re representing a district, but you’re also representing the whole county,” he said. “So when you’re making a decision you need to think of how things will impact the whole county, and that’s what I’m going to do.”

What had been somewhat of an eyesore after newly installed medians were installed at the intersection of West Elk Avenue... read more