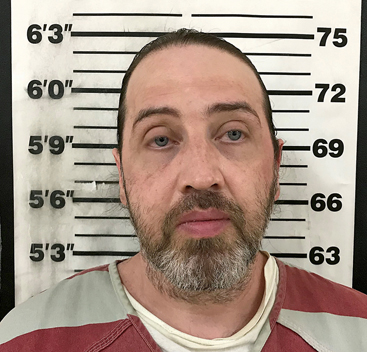 CONTRIBUTED — According to a release from the TBI an investigation by Special Agents with the Tennessee Bureau of Investigation has resulted in the indictment of an Elizabethton man on sexual exploitation charges.
In March 2019, at the request of 1st District Attorney General Ken Baldwin, TBI Agents began investigating information obtained from the Carter County Public Defender’s Office regarding possible child pornography found on a phone belonging to 47-year-old Chad Anthony Benfield. During the course of the investigation, Agents determined that Benfield downloaded images of child pornography and conducted more than a hundred online searches for additional pornographic images containing children.
On Monday, Nov. 19,  the Carter County grand jury returned indictments charging Benfield with one count of sexual exploitation of a minor and 177 counts of attempted sexual exploitation of a minor. On Friday, Nov. 13, he was served in the Carter County Jail, where he was already being held on unrelated charges.