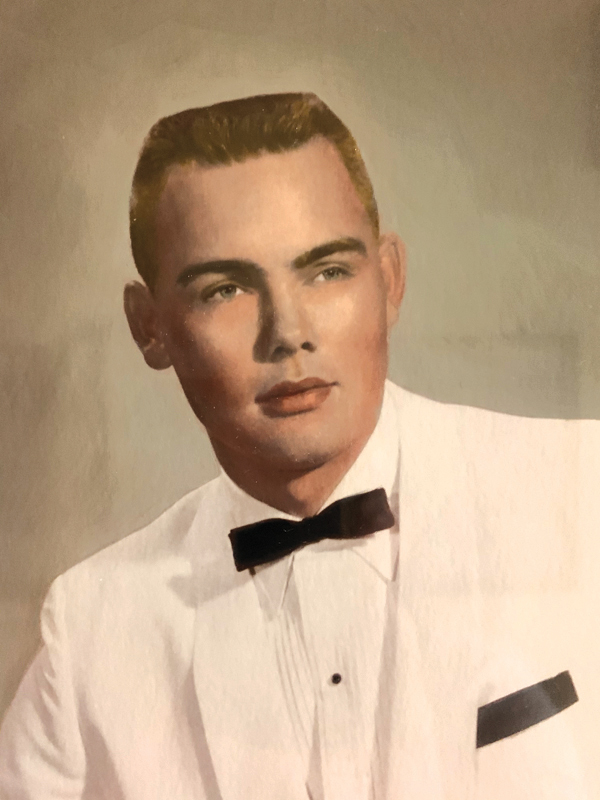 Stephen Jackson Sams of South Boston, Va., passed away November 13, 2020. He was born in Elizabethton, Tenn., on May 29, 1940 and was 80 years of age. He was the son of the late Earl Chase Sams and the late Nell Harrison Sams. He was married to Judy Stitt Sams (formerly of Elizabethton, Tenn).
Stephen grew up in Elizabethton, Tenn., where he was active in the Boy Scouts and played high school football and later served in the United States Army. Stephen attended East Tennessee State University and earned a Bachelor of Science from Tennessee Polytech Institute, Cookeville, Tenn. He was a member of the Block and Bridle Club where he served as president in his senior year. Stephen started at JP Stevens in the management training program in 1962 and progressed to assistant manager before transferring to the Goldsboro Plant in North Carolina as manager. He returned to the South Boston plant in 1985 and retired in 2002.
Stephen was an active member of First Baptist Church in South Boston, Va., where he was a member of the ROMEOs men’s group, served as deacon and helped with the Baptist Royal Ambassadors. He was also active in the South Boston Jaycees, the Goldsboro Civitan Club and the Tuscarora Council, Boy Scouts of America. He also loved fishing and playing golf. Stephen will be remembered as a devoted and loving husband, father, grandfather and friend.
Stephen Jackson Sams is survived by his wife of 58 years, Judy Stitt Sams, of the home; his children, David Earl Sams of Richmond, Va., and Stephanie Chase Sams of Annapolis, Md.; his grandchildren, Harrison Chase Reisinger of Annapolis, Md., and William Jackson Sams of Richmond, Va.; his sister, Earlyn Sams Lawrence and husband Tom of Raleigh, N.C.; nieces and nephews, Sharon Lawrence Apostle (Tom) of Los Angeles, Calif., Mark Ray Lawrence (Lisa) of Raleigh, N.C., and Toni Klimek (Walter) of Casnovia, Mich.
Due to COVID there will be a small prayer service and he will be buried at Happy Valley Memorial Park in Johnson City, Tenn.
In lieu of flowers, gifts may be made to Duke Health- https://giving.dukehealth.org/ways-to-give/honor-a-loved-one or The UNC Lineberger Comprehensive Cancer Center- https://give.unc.edu/donate?p=lcgo&s=lcccot18qb2u39
Online condolences may be directed to www.powellfuneralinc.com.
Arrangements are by Powell Funeral Home and Cremation Services, 1603 Wilborn Avenue, South Boston, VA 24592.