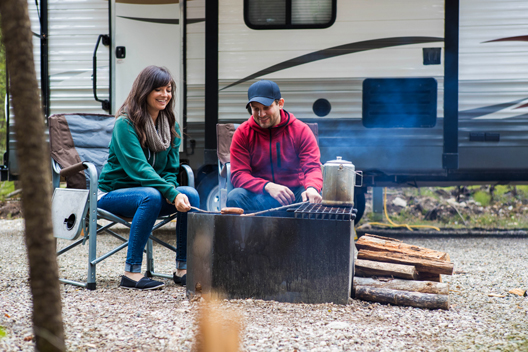 Camping in Tennessee soars during pandemic

NASHVILLE – Camping in the last two months reached historic highs in Tennessee State Parks.
The parks saw 62,124 nights camping in October, a one-month record for camping stays in the system, topping the mark of 57,472 nights set in June 2020. November saw over 36,000 camping nights sold, the highest number for November ever and exceeding November 2019 by 15,000 nights.
Four of the top 10 camping months ever in the state parks have occurred in 2020, driven by visitors seeking the outdoors during the coronavirus pandemic.
“The impact of COVID-19 simply underscores a growing awareness that the outdoors are a sanctuary for mental and physical health,” Jim Bryson, deputy commissioner of the Tennessee Department of Environment and Conservation, said. “The appeal of louder, busier, and crowded entertainment venues has given way to the space, freedom and connection the outdoors provide.”
The COVID-19 pandemic has accelerated outdoor recreation trends that have steadily grown over the last several years. Statistics from the Bureau of Economic Analysis released recently show the outdoor recreation economy accounted for 2.1 percent of gross domestic product (GDP) in the United States for 2019. In Tennessee, outdoor recreation value added as a share of GDP was 2.4 percent.
July 2020 saw 56,033 camping nights sold in Tennessee State Parks, which makes June, July and October of this year the top three months ever recorded. September saw 48,350 camping nights sold, making it the sixth best month ever, following July 2019 (49,217) and October 2016 (49,003). The November total for 2020 was the overall 32nd best month ever.
Tennessee State Parks operate over 3,000 campsites ranging from RV sites with full hookups to backcountry spots deep in the woods.

There is just something about a toe-tapping tune that seems to lift the spirit and for just a little while... read more