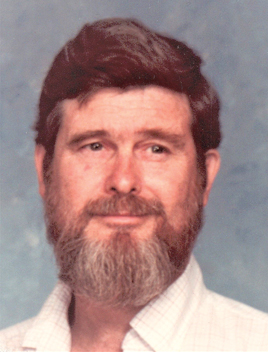 John D. Back, Jr., age 86, of Johnson City, Tennessee, passed away on Sunday, December 6, 2020, at the Franklin Woods Community Hospital. He was born in Big Stone Gap, Virginia and grew up running everywhere he went. He was a son of the late Ethel Fields Keen and John D. Back, Sr. In addition to his parents, he was preceded in death by his stepfather, Grover Keen; wife’s parents, Raymond E (Nip) and Madge Curtis; great-grandson, Dylan Back; sister, Lucille Back Walker; and nephew, Jimmy Walker.
John was an exceptional person who loved the outdoors. He was always ready to help others in any way he could. He served in the United States Army. John worked his entire life and was the best at whatever he did. He was a wonderful husband, father, grandfather and friend. He will be missed by many.
He is survived by his wife of 57 years, Joan Curtis Back; four children, Greg Back and wife Jan, Alan Back, John D. Back III and wife Robin, and Elizabeth Smith; grandchildren, Daniel Back and wife Danielle, Jessica Morris and husband Frankie, Logan Back and fiancé Lindsey Grindstaff, Josh Smith, Brianna Smith, Beth Hickman and Jude Hickman; great-grandchildren, Samuel Morris, Lexi Morris, Dawson Back, Daxton Back, and Riley Still; sisters, Polly Back Krell and Shirley Keen Johnson;  and several nieces and nephews.
A Memorial Service will be held at a later date.
In lieu of flowers, memorial contributions may be sent to the Ronald McDonald House, 418 N State of Franklin Road, Johnson City, TN 37604.
Condolences and memories may also be shared with the Back family by visiting www.montevistafunerals.com.
Arrangements, especially for Mr. John D. Back, Jr. and his family, have been made through Monte Vista Funeral Home & Memorial Park, 1900 E. Oakland Avenue, Johnson City, TN; 423-282-2631.