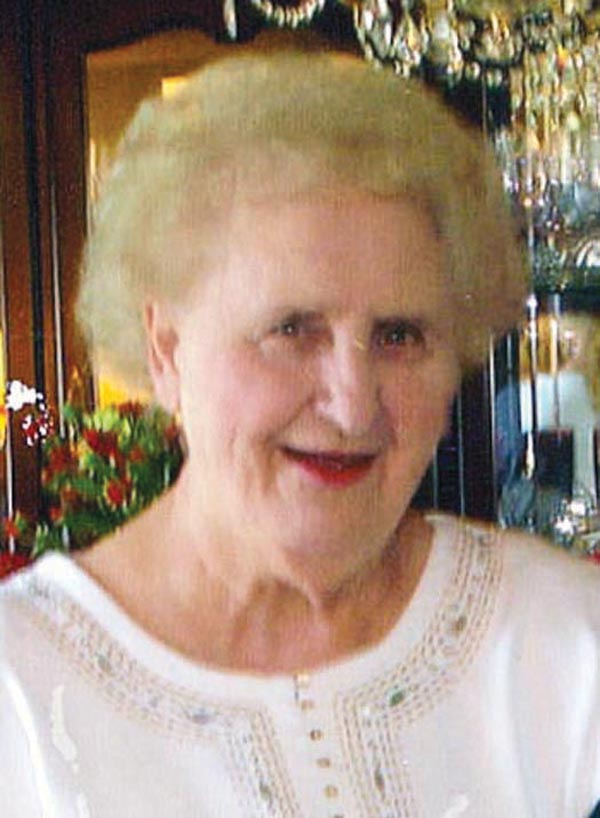 A Life Lived: Darlene Collins reached out to everyone with love and a smile

Darlene Collins had a pocketful of love for almost everyone she met in life. “She was one of the sweetest people I knew, and full of love,” said her sister-in-law, Phyllis Davis.
A homemaker most of her life, Darlene enjoyed being at the side of her late husband, Gary. “When he was a member of the Carter County Rescue Squad, she was a Crewette. When he was coroner, she would go with him on calls and to pick up bodies. She was at his side always,” said Phyllis.
A niece, Judy Richardson, shared that Darlene was like a second mother to me. “When my parents worked the evening and night shifts at the rayon plants, I stayed with her and Gary. They lived across the road from us. She, then years later kept my son after school for me,” said Judy.
Judy shared that when in elementary school, she was a cheerleader, and Darlene’s daughter, Kay, was mascot. “When we had a game, Darlene would climb on that bus and go with us. It was because of her I got to participate in a lot of things that ordinarily I wouldn’t have been able to because both of my parents worked,” said Judy.
Darlene died Dec. 1 at the age of 88. In her latter years, her health had not been the best and she suffered a broken hip. “I talked with her almost every day. She was so much fun. Regardless of how bad she felt, she retained her sense of humor. Sometimes when I called and asked, ‘What are you doing?’ Her reply, especially if it was a cold day, might be ‘I’m sunbathing, what about you?’ She rarely complained,” said Phyllis.
Phyllis noted that Darlene was an excellent cook. “I loved her parsnips. She could fix them like no one else. She could make a good pea salad and the best au gratin potato soup. Every Christmas, the cousins usually got together at Christmas for snacks. It was always a fun time.”
She noted that in her younger years, Darlene worked at Bowers Florist.
Both, Phyllis and Judy shared that Darlene enjoyed shopping. “Her clothes were very fashionable, and she wore them well. And, boy did she love pocketbooks. She had one of every color,” said Phyllis with a chuckle.
“And, she never had to pump gas! Gary always did it for her. He treated her like a lady. He did the gardening, and she did the canning. He did all the outside work,” said Phyllis.
“I always thought Darlene had the prettiest hands and fingernails. She kept them filed and polished. She had good taste when it came to clothes, shoes and pocketbooks,” said Judy.
She also shared that Darlene was a good housekeeper.
Another thing Judy noted about her aunt was that whatever her husband and children did, Darlene was always involved, too. “When her son, Rick, played ball she was at his games. At Christmas time, she always had Gary’s family for Christmas. My husband said she and Gary went together like ‘soup and sandwich,’” said Judy.
“She was also a very giving person. I remember that she had a very beautiful Fostoria punch bowl…and if anyone wanted to borrow it, she’d let them. We took it everywhere and to all kinds of parties. Most people would not have let it out of their sight, but she was always very giving,” said Judy.
Phyllis noted that Darlene and Gary enjoyed traveling. Among the places they enjoyed visiting were Branson, Mo., and places along the Gulf Cost. “For the most part they were just common folks, who enjoyed each other and their family. Darlene loved his family as much as he did, and was always there for all of us. She was very special,” said Judy.
After Gary died, Darlene sold her Stoney Creek home and moved to the Central Community to be near her son, Rick, who has since died. Her daughter, Kay, soon moved close by.
“She never got over Rick’s death, but it was comforting to her to know that Rick’s wife, Vicki, was close by,” said Phyllis.
With Christmas just days away, Darlene’s family will celebrate the holidays without her this year, but, you can bet her spirit remains with them as well as memories of holidays past and her warm smile.

TCAT — Graduation for December practical nursing graduates at TCAT Elizabethton will be different this year due to the COVID-19 pandemic.... read more