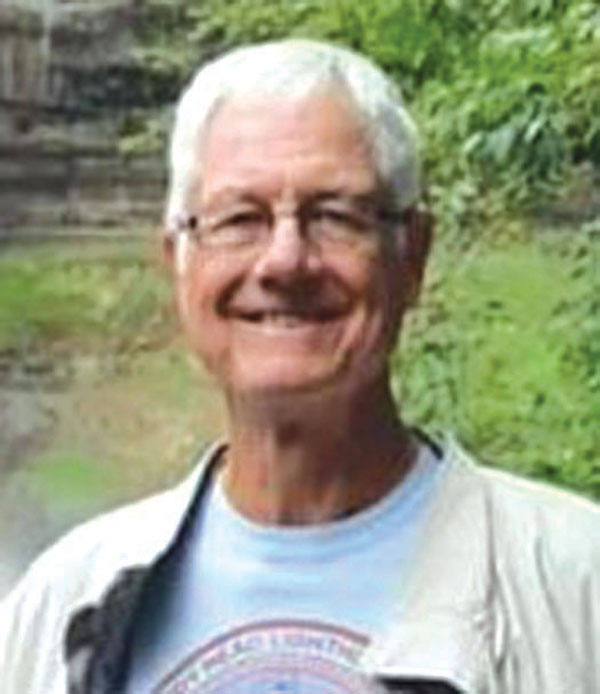 Ronald “Ronnie” McCloud, 77, of Elizabethton, died Tuesday, December 22, 2020, at Johnson City Medical Center from COVID-19 following an illness of one month. He was born June 19, 1943 in Washington County, Tenn., and was the son of the late Joe and Mildred Stout McCloud. In addition to his parents, he was preceded in death by his son, LTC Trane McCloud; a brother, Larry McCloud; and a sister, Martha Jen McCloud Johns.
Ronnie was a member of the First Christian Church of Elizabethton.
Ronnie was a 1961 graduate of Elizabethton High School where he played on the varsity football and basketball teams. He attended the University of Tennessee and was graduated from East Tennessee State University with a degree in electrical engineering. Following graduation from ETSU he was employed by Eastman Kodak in Kingsport for two years and then went to work for Ford Motor Company as an engineer, first in Atlanta, then in Detroit and retiring from Ford in Cleveland after 30 years of service.
Ronnie was able to fulfill one of his dreams by retiring at age 56 and immediately moving back to the town he grew up in and loved, Elizabethton.
Ronnie was always active in his community. He had been a member and served as president of the Elizabethton Kiwanis Club, had served as president of the Carter County Car Club and was past president of the Thunderbird Club. When the Dolly Parton Imagination Library was started in Elizabethton Ronnie was one of the main supporters.
Ronnie always had a love of Thunderbirds and had collected numerous Thunderbirds throughout his life.
One of his favorite things to eat was banana splits as attested by the many pictures Ronnie posted on Facebook enjoying a banana split in all different parts of America. Ron and his brother John were co-owners of Antiques on Elk, where Ron worked every day. He loved talking and interacting with visitors at the store.
Ronnie is survived by a son, Richmond (Donna) McCloud of Macomb, Mich.; a daughter, Dawn (John) Fattore of Dover, Maine; a daughter-in-law, Maggie McCloud of Alexander, Va.; the love of his life, Liz Smith of Elizabethton, a brother, John McCloud and his special friend, Regina Aldridge; six grandchildren, Amelia Louisa Fattore, John Fattore Jr., Hayden McCloud, Grace McCloud, Meghan McCloud and Sophia Payne; and four cousins, Bill Shultz, Lamar Shepherd, David Bowers and William McCloud.
A private service for the family to honor the life of Ronnie McCloud will be conducted at 10 a.m. Tuesday, December 29, in the Chapel of Peace of Tetrick Funeral Home with Mr. Michael Klaus, minister, officiating. Interment will follow at Happy Valley Memorial Park. Active pallbearers will be Travis Martin, Eddie Brumitt, Michael Payne, David Mills, Glenn McQueen and Frank Mustard. The family will not be receiving friends, but friends may pay their respects to Ronnie by visiting the funeral home from Saturday, December 26, through Monday, December 28, from 8:30 a.m. until 4 p.m. Those who prefer memorials in lieu of flowers may make donations to the Imagination Library and please specify funds be designated to the Carter County area. The service will be livestreamed and may be viewed at 10 a.m. Tuesday or you may view at your convenience after the service on Tuesday. Those wishing to view the livestream may visit www.tetrickfuneralhome.com and click on the obituary for Ronnie. Under his obituary you will find a link to the One Room Livestream. Simply click on the link, and you will be directed to the service. Our staff is committed to taking care of our guests and families that we serve. Please understand we will be following the State’s COVID guidelines. We also ask all guests and family members attending visitations and services to please bring and wear a mask and practice social distancing. Online condolences may be shared with the family on our website, www.tetrickfuneralhome.com
Tetrick Funeral Home, Elizabethton, is honored to serve the McCloud family. Office: (423) 542-2232. Service Information Line: (423) 543-4917.