Bulldogs fall to Indians in semifinal of junior varsity tourney 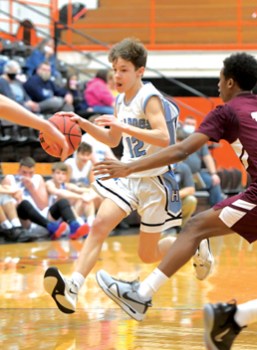 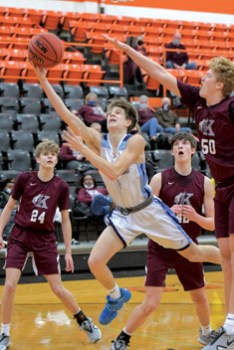 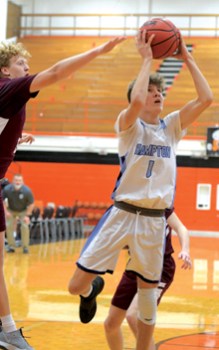 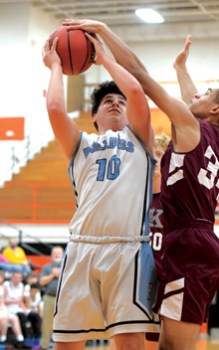 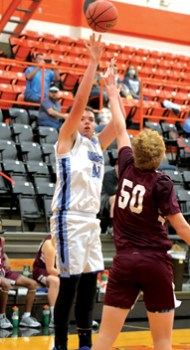 Star Photo/Dawn Lambert Hayden Campbell pulls up for an outside jumper for Hampton. 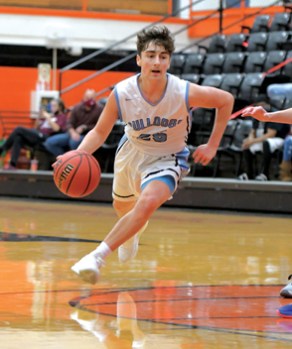 Star Photo/Dawn Lambert Hampton's Brody Hicks works the basketball at the top of the key.

After kicking things off on day one of the junior varsity boys basketball tournament, Elizabethton High School and John Treadway Gymnasium were back open on Wednesday for day two of the tournament.

Day two consisted of four teams playing in two semifinal contests at 3 and 4:30 with a chance at advancing to the championship game on Thursday.

The first semifinal matchup of the day featured the Bulldogs from Hampton as well as the Dobyns-Bennett Indians.

It was Hampton coming out of the gate strong to start the game as they were able to start the contest with a 9-1 run. After the first quarter, the Bulldogs had the lead 17-10.

But it was the Indians that would make a valiant effort to draw things close, taking the lead just before the half and going into the locker room with the 24-23 advantage.

Coming out of the break, things began to get chippy between the two teams, causing an increase in intensity for both the players and fans. This added intensity favored Dobyns-Bennett ever so slightly going into the fourth period, 41-39.

And after a wild final period full of back and forth scores, it would be the Indians that would advance to the championship by a score of 67-60.

In the win, the Indians were led in scoring by Eli Day with 22 points and followed by Blake Head with 10 of his own.

For the Bulldogs in the effort, Cadon Buckles led the team with 13 points, followed by Austin Bentley who scored 10, and both Hayden Campbell and Dylan Trivett who put up 8 points apiece.

While the first game was a thriller, fans would not be able to spectate the second game because of a cancellation in the contest between the Daniel Boone Trailblazers and the Elizabethton Cyclones.

After having a player test positive on the Unaka team, the Trailblazers were forced to cancel the semifinal game because of a possible exposure with that Ranger player.

This means that Elizabethton will also punch their ticket for the championship game.

The championship takes place at 11:30 a.m. at Elizabethton High School and will include the Elizabethton Cyclones and the Indians of Dobyns-Bennett.