Kids Talk About God: Is it wrong to complain?

By CAREY KINSOLVING & FRIENDS
Among a group of senior citizens complaining about ailments, one said his arm was so weak, he could hardly hold a cup of coffee. Another said his cataracts were so bad, he could hardly see his coffee. A third said his arthritis wouldn’t allow him to turn his neck, but added: “Well, it’s not all bad. We should be thankful that we can still drive.”
“I think it’s wrong to complain because it’s disrespectful to God,” says Lindsey, age 6.
Complaining often characterizes the self-centered life. The God-centered life is one of contentment and thanksgiving in all circumstances. Please don’t mistake this mindset for passivity or naivety. In the midst of accepting one’s circumstances as providential, there’s often a holy discontent in wanting to see the grace of God transform all situations.
Brooke, 11, provides us with an example of how weird complaining can get: “One time, my mom and dad were cooking pheasant. I complained that I didn’t like those nasty birds. But then I realized I was blessed to even have food.”
I might be sympathetic if Brooke were complaining about Brussels sprouts, but pheasant? Even in the midst of the most sumptuous meal imaginable, an ungrateful person will whine about something.
Complaining is just plain annoying, says Will, 8: “It makes you sound like a baby.”
“If you are complaining, you are just wasting your time, because God will always provide it all,” says Sarah, 10. “Just like in Exodus when the Hebrews complained about food and water, God provided it all. You should always think before you speak and try your best not to complain.”
The members of the Exodus generation believed God when they covered the doorposts of their houses with the lamb’s blood. The death angel spared their firstborn sons while taking those of the Egyptians.
Next, they saw God part the Red Sea to rescue them from Pharaoh’s chariot army. But then, they doubted God and complained when they faced the need for food and water during their wilderness sojourn. These chronic complainers wandered in the desert for 40 years rather than entering into the Promised Land (Numbers 21:5-7).
The writer of the Book of Hebrews says the complainers in the wilderness “rebelled.” Christians would do well to heed the writer’s warning to believe God and enter into his rest: “Beware, brethren, lest there be in any of you an evil heart of unbelief in departing from the living God; but exhort one another daily” (Hebrews 3:12-13).
We’re often the most vulnerable to defeat after a great victory. We survive the charge of the elephant and fall to the attack of the mosquito. Complaining is usually a sign of unbelief. Start believing God, and be grateful for his provision.
The antidote for complaining is developing an attitude of gratitude. The Bible says, “in everything give thanks; for this is the will of God in Christ Jesus for you” (I Thessalonians 5:18).
If you want to do God’s will, start by giving thanks in all situations. If you develop a mindset of gratitude, your outlook on life will change dramatically.
Think about this: Being grateful to God in all circumstances doesn’t mean that every situation in life is good. Christians must remember at all times that the greatest example of injustice and evil is the crucifixion of the Lord Jesus Christ. God turned the greatest injustice ever suffered into salvation for all who believe in his Son.
Memorize this truth: I Thessalonians 5:18 previously quoted.
Ask this question: Instead of complaining, can you thank God for your circumstances?
(Kids Talk About God is a non-denominational ministry dedicated to empowering children to express their faith in the Lord Jesus Christ. This column is distributed through complimentary subscriptions to inspire readers of all ages to share the Word of God.) 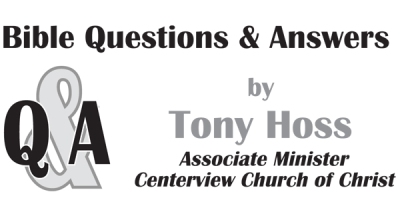 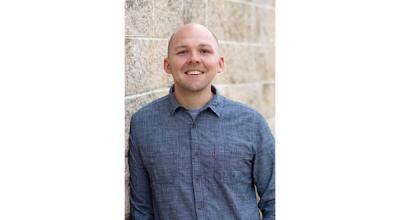 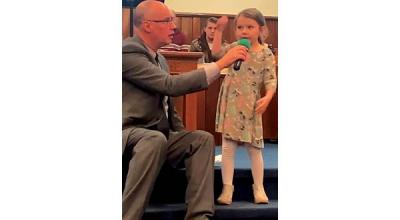