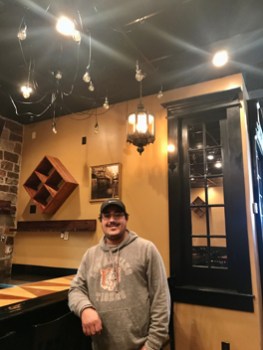 Star Photo/Lynn Richardson Black Olive owner Moe Farrouki takes a break from his work in the newly renovated bar area of the restaurant. Lighting in the area is both modern and Mediterranean and large T.V.s are featured for viewing sporting events. 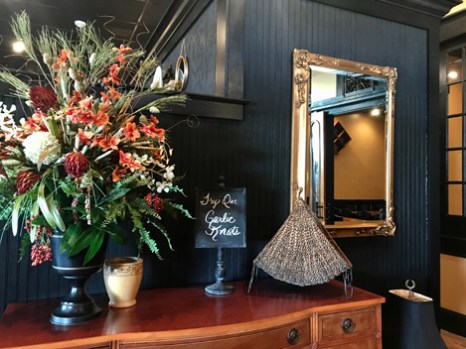 Star Photo/Lynn Richardson Guests will be greeted from the moment they enter with all new decor which blends traditional, modern and Mediterranean styles. 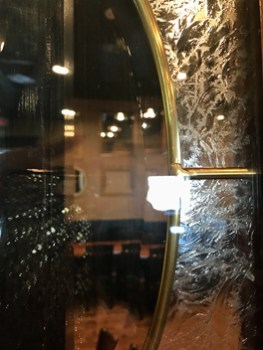 Star Photo/Lynn Richardson A glimpse through gleaming brass trimmed glass doors of the remodeled larger meeting room with a capacity of 50. 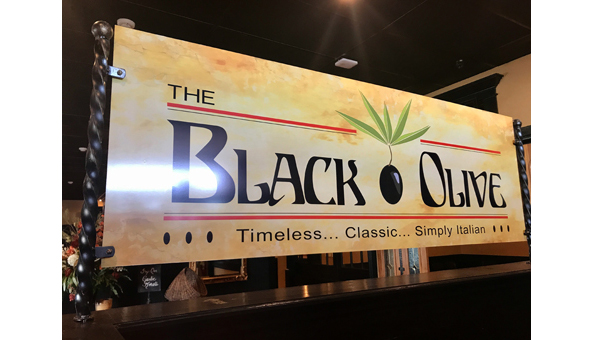 Star Photo/Lynn Richardson A Black Olive sign is displayed at the front of the restaurant.

By Lynn J. Richardson
The New Year will offer Elizabethton diners not one but two reasons to celebrate.
For those devoted patrons of the popular local eatery, Primo’s, which is closing after 13 years, owner Moe Farrouki says, “Don’t worry. Something even better is coming.”
That “something” is his new restaurant, The Black Olive, which will open just down the sidewalk at 173 Hudson Drive — the former Beef ‘O’ Brady’s location.
The Star has also learned that Farrouki will be opening a second new restaurant — Tijuana’s — in the former Primo’s location.
Farrouki was hard at work this week, preparing The Black Olive to open in just a few days, on January 11.
It has been a labor of love, he says.
“We are so excited to be opening,” Farrouki said. “We are really looking forward to it.”
This will be the second Black Olive in the area; Farrouki also owns the one in Jonesborough, located on Hwy. 11E.
Farrouki is also reassuring diners who have grown to love Primo’s food that they need not be concerned.
“Our menu at the Black Olive will be basically the same as at Primo’s but even better,” he said. “We will be adding a few new entrees to the existing menu, so our guests can expect the same quality plus more.”
The “plus more” extends beyond the menu. Former Beef ‘O’ Brady’s patrons will find the decor and ambience in the completely renovated space eye-popping.
The location will almost double the capacity now offered at Primo’s, going from 2,300 square feet to 4,500.
The Black Olive will also offer a full bar area that is partitioned from the main dining room, with large T.V.s for viewing sporting events. There are two meeting rooms — one that can accommodate up to 50 and one for smaller gatherings of up to 8. Additionally, the Black Olive will offer outside dining that will have a water feature.
The interior transformation has married modern, traditional and Mediterranean styles, with soft amber colored walls as a backdrop and bold black woodwork and wainscoting throughout. Leaded glass doors open into the large meeting room and brass-framed artwork and photos of reminiscent old Italy are hung in groupings in the dining areas.
As for his second restaurant, Tijuana’s, diners will have a bit of a wait. That location, the former Primo’s restaurant, will also undergo extensive renovations and Farrouki says he expects to open “sometime in the spring.” Tijuana’s, as the name might suggest, will be a Mexican restaurant with an emphasis on using fresh ingredients for its entrees.
Right now, however, all of Farrouki’s attention is on his January 11 opening of the Black Olive.
“This is my heart,” he said. “This is what I love — food, cooking. It’s something I grew up with, helping my mother in the kitchen. I’ve been cooking since I was a little kid.
“I hope everyone likes it,” he added. “I think they will be surprised at what we’ve done.”