Hampton comeback not in cards in loss at South Greene 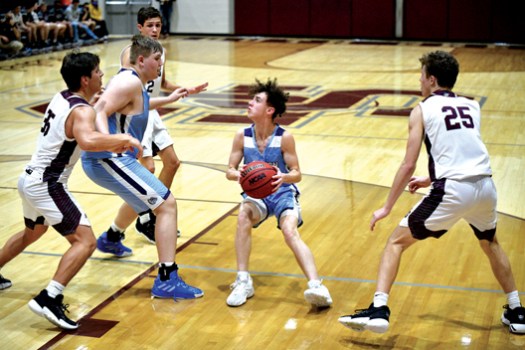 Star Photo/Ivan Sanders Isaiah McCoury looks to put up a jump shot for the Bulldogs. 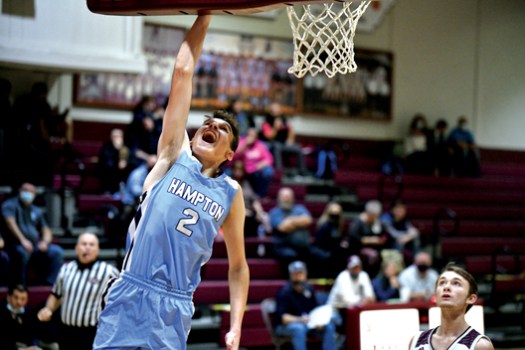 Star Photo/Ivan Sanders Michael Harrison puts the ball up and in off the glass for Hampton. 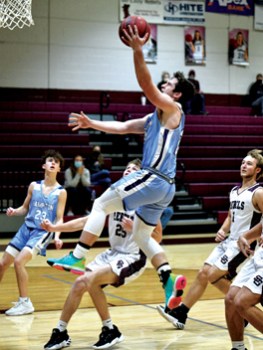 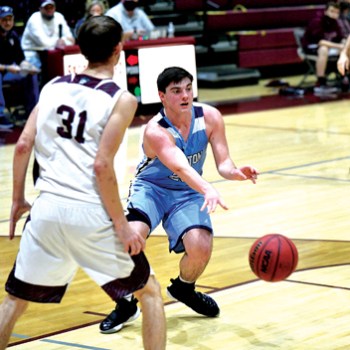 Star Photo/Ivan Sanders Hampton's Garrett Vines makes a bounce pass to a teammate in the paint. 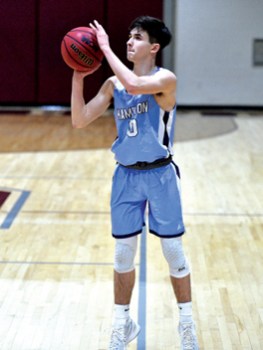 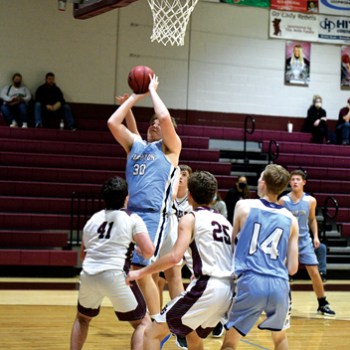 Star Photo/Ivan Sanders Conor Burleson goes up for a basket against a tough South Greene defense. 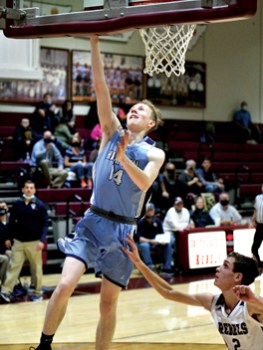 BY IVAN SANDERS
STAR SPORTS EDITOR
ivan.sanders@elizabethton.com
GREENEVILLE – The few fans that were able to get into the gym at South Greene on Monday evening to watch the Hampton Bulldogs and the South Greene Rebels tangle in non-conference basketball action absolutely got their money’s worth as the game wasn’t decided until the horn sounded to end the contest.

Trailing by six points with under a minute to play, the Bulldogs clawed their way to within two points before Aydan Hawk sank 1-of-2 free throws with 9.9 seconds left to play to extend the lead back to three.

A last-second three-point shot off the fingers of Michael Harrison couldn’t find the mark as Harrison was under heavy duress as the ‘Dogs fell 73-70 to the host Rebels.

It was the Bulldogs who had the upper hand in the first half as Hampton rolled out to a 20-15 advantage at the first horn.

Hampton built on their first-quarter edge as Coach Ned Smith’s ‘Dogs took a 39-34 lead to the break.

Harrison and Logan Whitehead led Hampton in the half as both ‘Dogs finished the first 16 minutes with nine points each. Lyons tallied eight in the first half with Conor Burleson adding six points.

Hawk and Luke Myers paced the Rebels in the first half of play with nine points apiece.

The third quarter was very competitive between the two teams as Hampton continued to maintain the lead by outscoring South Greene 17-16 as the ‘Dogs took a 56-50 edge to the final eight minutes of play.

Down the stretch, it was the inside play of Myers and the outside shooting of Isaac Hoese to flip the script on Hampton as the Rebels managed to eek ahead and wouldn’t let go of the advantage to take the contest by three points.

Myers scored 20 points for the Rebels before fouling out with 59 seconds remaining to play in the game. Ty Bailey and Hawk finished with 15 points each.

Harrison finished with 16 points to pace Hampton. Whitehead totaled 13 points while Burleson chipped in with 12 points and Lyons 10 to put four Bulldogs in double figures.

“They are a good team and well-coached,” said Hampton head coach Ned Smith. “Our kids battled. We lost them a time or two on the press and they filled it up.

“We were down six with under a minute and our kids battled back and had the ball to tie. The kids are getting better. We are young and we are battling.”

The Bulldogs found themselves in foul trouble from the start. Several charging fouls were called with a couple of two or three of those being very questionable.