A Life Lived: Tom McCloud’s giving spirit made him a spiritually rich man 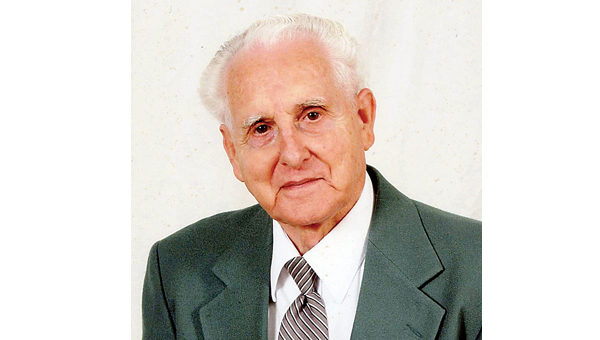 I first met Tom McCloud several years ago when he visited the STAR office and presented me with one of his Christmas fruitcakes. It was sweet and chocked full of candied fruits and nuts. I later visited Tom in his Stoney Creek home and did an article on his art of making fruitcakes — something he did for 60 years or more as a labor of love for his church, Unaka Baptist Church.
McCloud in the beginning made the tasty cakes for his family, but later sold them as a means to raise money for the church’s building fund.
McCloud was a devoted member and tireless worker at the Unaka Baptist Church, where he was a deacon and long-time member.
Nathaniel “Tom” McCloud died Dec. 27 at the age of 88 at the James H. Quillen VA Medical Center.
McCloud was known for more than making fruitcakes. He served in the Korean Conflict, where he was a prisoner of war for 33 months. In September 1949, wanting to follow in the footsteps of an older brother, Tom at 17 years of age enlisted in the U.S. Army. At the time, McCloud said you had to weigh 115 pounds before the Army would accept you. He barely made it at 115-1/2 pounds.
When McCloud enlisted in the Army, it was about nine months before the U.S. became involved in the Korean War. Before going overseas, he trained at Ft. Jackson, S.C., and Ft. Benning, Ga., as a sniper and scout.
In September 1950, McCloud was sent to Korea. He was injured three times before his troop was ambushed near the Chosen Reservoir by North Korean soldiers and forced to march 56 days to a POW camp.
Living conditions were harsh, as most nights in the winter McCloud slept out in the snow. There were no mats to sleep on and nothing to cover up with. McCloud shared in an interview that he and the men he was held captive with were fed a handful of potatoes every other day.
When he returned home, McCloud only weighed 70 pounds and had to be hospitalized due to starvation.
McCloud was married to Billie Jean Shankles McCloud, who died in 2005. He shared that he and his wife began baking the fruitcakes as gifts for family members and friends. In addition to fruitcakes, the couple made a variety of other desserts and treats — pies, cakes, etc.
When his wife died, McCloud continued making the fruitcakes as well as cookies. It was not unusual for McCloud to make as many as 4,000 cakes or more in a season, and it was not unusual for him to begin baking long before sun-up.
He usually made the fruitcakes in batches of seven. It generally took two hours to mix the ingredients and two and one-half hours to bake each batch. And, he made three batches a day — sometimes more.
McCloud was meticulous about his baking. For instance, he sliced the cherries that went into every cake, so as to ensure that there were cherries in every bite.
His fruitcake recipe was over 150 years old — an old family recipe. And for a number of years, he used an old pan that belonged to his grandmother to mix the cake ingredients. And, before his grandmother used it, her mother used it for mixing.
In addition to the fruitcakes, McCloud made peanut butter cookies and sold them, giving all the proceeds to the church.
His fruitcakes were sold to people all around East Tennessee and Western North Carolina. He even had customers in Virginia, West Virginia, Kentucky, South Carolina, Georgia, Florida and as far away as New York and Canada. Late last year, we received an email from a lady asking where she could get one of McCloud’s fruitcakes. Sadly, we had to tell her that Mr. McCloud was no longer able to make the fruitcakes.
For McCloud, his making fruitcakes was a labor of love. He sold each cake for $12.
After he baked his fruitcakes, McCloud always took time out to read his Bible and pray. His prayer list had over 600 names on it.
McCloud was a very giving person. He often said: “Baking is one way I serve the Lord and my church. He has given me my strength and health. He brought me through the POW camps and back home. I cannot repay him, but I can thank him.”
I think Tom McCloud is the richest man I’ve ever known.