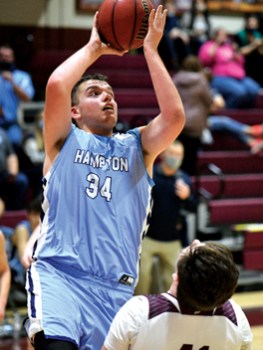 Star Photo/Ivan Sanders Hampton post Hayden Campbell takes it to the hoop for two points in the 'Dogs JV win over South Greene. 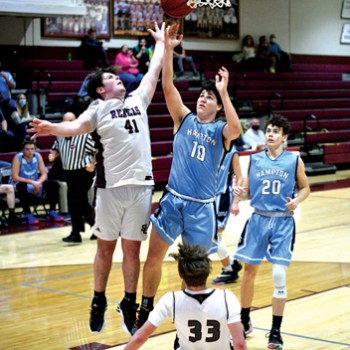 Star Photo/Ivan Sanders Ty McElyea drives straight down the paint for a shot at the basket for Hampton. 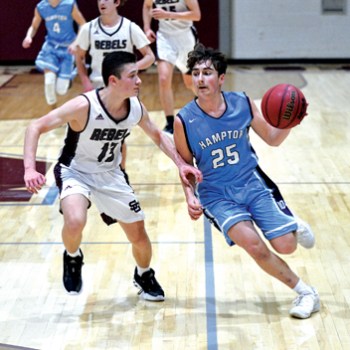 Star Photo/Ivan Sanders Brody Hicks drives the basketball toward the paint for Hampton. 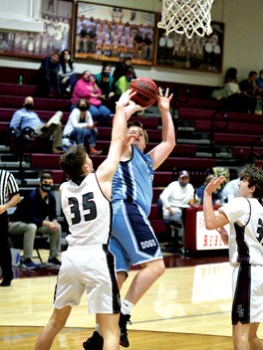 Star Photo/Ivan Sanders Austin Bentley gets off an unbalanced shot for the Bulldogs in the JV victory over South Greene. 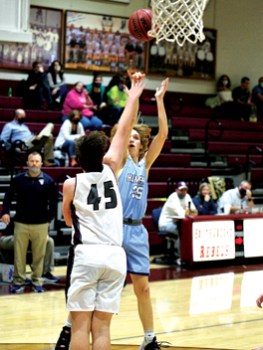 Star Photo/Ivan Sanders Dalton Holsclaw puts up a short-range jumper for Hampton over the outstretched hand of a Rebel defender.

BY IVAN SANDERS
STAR SPORTS EDITOR
ivan.sanders@elizabethton.com
GREENEVILLE – The Hampton Junior Varisty ‘Dogs opened the first half of Monday’s game against South Greene looking pretty good as they took a 26-17 lead to the locker room at the break.

However, the Rebels put together an offensive onslaught in the third quarter outscoring the visitors 20-10 to take a 37-36 lead to the final eight minutes before Hampton rallied down the stretch to take a 61-53 victory.

Brody Hicks and Dalton Holsclaw helped put the ‘Dogs out front in the first half by scoring six points apiece to build the halftime advantage. Hampton also got five points apiece from Hayden Campbell and Austin Bentley to establish their lead at the break.

Hayden Hartman for the Rebels had a big hand in helping South Greene to recover from a poor first half as the hitting two treys in the third quarter to push the home team out front.

Hartman had a total of six treys in the game to lead his team in scoring with 18 points.

The Bulldogs finally found their offensive prowess once again in the final eight minutes as they outscored the Rebels 25-16 to earn the win.