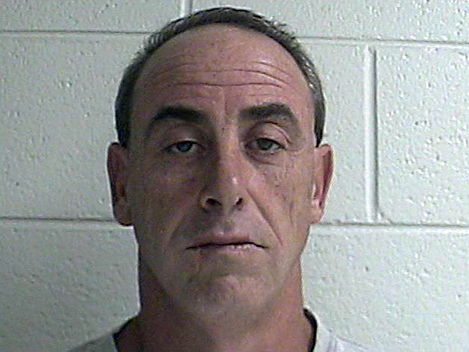 CONTRIBUTED — According to Washington County Sheriff Ed Graybeal, William Eric Britton, 50, 144 Glaze Road, Telford, has been charged with second-degree murder after a death investigation which began at Britton’s residence in October.
Graybeal said on October 17, 2020 deputies responded to the Glaze Road address on a report of a man down. There, deputies found 50-year-old Phillip Riddle to be deceased. As a result of the investigation, it was later learned that Riddle’s cause of death was due to fentanyl and methamphetamine toxicity. Investigators also found evidence that Britton had provided Riddle with methamphetamine prior to his death.
Investigators also recovered nearly one pound of crystal methamphetamine, with a street value of over $49,000 and $9,700 cash from a floor safe belonging to Britton.
The death investigation case was presented to a grand jury earlier this month and a true bill was issued for Britton charging him with second-degree murder.
Earlier today Britton was arrested and is currently being held at the Washington County Detention Center on a $250,000 bond. Britton will be scheduled to appear in a Washington County Criminal Court later this year.
This investigation is ongoing and more charges are pending.