A Life Lived: Pete and Jo Voigt  were always together, even in death 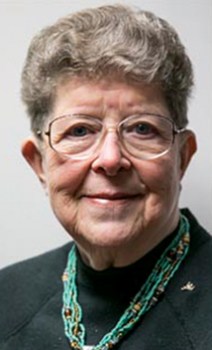 Pete and Jo Voigt moved to Elizabethton in 1998 from Buffalo, N.Y. They had roamed the country and chose to make Carter County their retirement home because of the area’s natural beauty, mild winters, and low cost-of-living.
Pete and Jo quickly made a place for themselves in the community. I first met Pete and Jo when we were planning for Elizabethton’s Bicentennial. Frank Robinson, who had retired as the STAR’s publisher, but was still active in the day-to-day operations of the newspaper, served as chairman of the Bicentennial, and I was one of his go-to people. One day, the two visited the newspaper and inquired if there was some place they could volunteer and help with the year-long celebration. We were in the process of opening a Bicentennial store in the Bonnie Kate Theatre, and they seemed the ideal people to run the store. They did that and much more. They were present at every Bicentennial event we had. On the day of the day-long celebration, they filled balloons with helium, helped display them downtown, distributed drinks, and helped coordinate events. After that they were known to most folks in town as “Jo and Pete.”
The two soon joined the local American Legion and Auxiliary, and Jo especially enjoyed preparing Christmas goody bags for veterans and distributing them at area nursing homes. She was also very active in the Woman’s Club of Elizabethton and the Christmas craft show which the club sponsored each year.
The couple were active members of Oak Grove Christian Church. Don Hendrickx, a fellow church member, in his tribute to Jo wrote: “She was a tireless and dedicated worker for the church family and treated me like I was part of her family. I have nothing but good memories of Jo.”
A neighbor, Martha Sacher, wrote: “We were so impressed with how much volunteer work she and Pete were always involved in. They have always been the kind of neighbors everybody should be blessed to have. Pete and Jo were always on the go. Pete was the guardian of the neighborhood, always looking out for everyone and their homes. He let you know if something was amiss and was always quick to lend a tool or whatever he could to help. And, Pete always had a treat for the neighborhood dogs.”
Both, Pete and Jo enjoyed crafts and he had a workshop in his basement. She loved Christmas and liked decorating. They also enjoyed entertaining friends, traveling, going to craft shows and auctions.
Pete was also a member of the Elizabethton-Carter County Industrial Commission, which he served as secretary.
For a time Jo wrote a travel column for the STAR. She and Pete had traveled to most of the states, did cruises. They especially enjoyed visiting historical sites.
For a long time they were frequent visitors to the STAR, and were just like members of the newspaper family.
Jo and Pete, sadly, were victims of the coronavirus. She died Dec. 29 at the age of 81, and Pete died Jan. 3 at the age of 83. They were the parents of two sons, who live in Buffalo, N.Y.
Pete was a U.S. Army veteran and was retired as a supervisor from National Fuel Gas in Buffalo. Jo was a retired dental hygienist.
Someone remarked that wherever you seen Jo, you also saw Pete. They were always together. In ways, it’s wonderful that their deaths were only days apart.
One thing that can be said about Jo and Pete…they enjoyed life and had fun, and endeared themselves to so many.
We were blessed to have them live among us, even if it was so short a time.