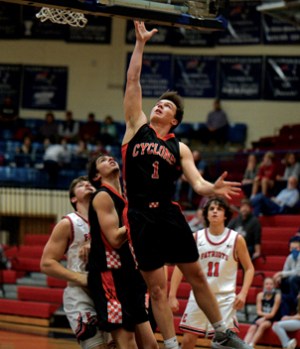 Star Photo/Ivan Sanders Bryaden Phillips goes up for two points for the Cyclones against East. 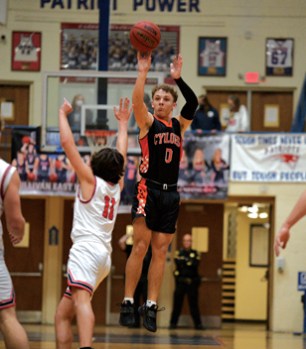 Star Photo/Ivan Sanders Jake 'The Snake' Roberts fires up an outside jumper for Elizabethton. 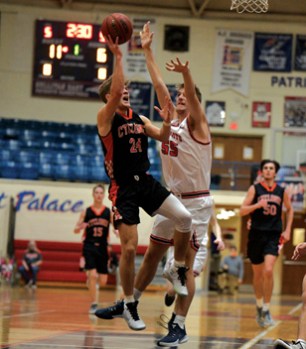 Star Photo/Ivan Sanders William Willocks goes up for a tough basket against an East defender. 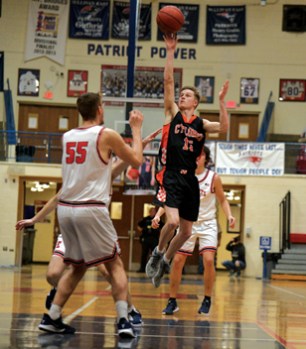 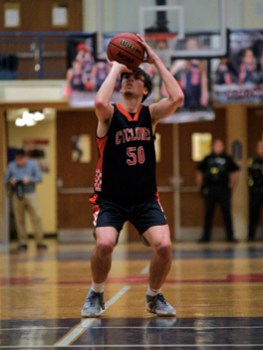 BY IVAN SANDERS
STAR SPORTS EDITOR
ivan.sanders@elizabethton.com
BLUFF CITY – The Elizabethton Cyclones had been cruising right along in Three Rivers Play working out to a 5-0 record early in the season and being ranked ninth in the state in Class 2A boys’ basketball.

But Cyclone head coach Lucas Honeycutt knew his team would have to play its best basketball against a good shooting Sullivan East team to hold onto first place in the conference.

The Cyclones (11-3, 5-1) were their own worst enemy down the stretch missing six crucial free throws which allowed East to sneak away with a 65-59 win inside the Dyer Dome.

Elizabethton built a 29-25 halftime edge behind nine points from Jake Roberts and seven points each from Brayden Phillips and Nicholas Wilson.

Meanwhile, East stayed close thanks to the shooting of Dylan Bartley who scored 10 points in the first 16 minutes of play. Austin Davis dropped in six points and Braden Standbridge five points.

The third period was an offensive shootout as both teams put 17 points on the board to leave the scoreboard reading 46-42 with only eight minutes left to play in regulation.

Roberts had the hot hand in the period hitting three treys for nine points while Ethan Bradford tossed in eight points to pace East.

The difference in the game came in the final eight minutes when East caught fire offensively outscoring the visiting Cyclones 23-13 to take the six-point victory.

Bartley led all scorers with a game-high 27 points to lead his team to the win. Bradford finished with 16 points.

Elizabethton was led in scoring by Roberts with 18 points while William Willocks and Wilson finished in double digits as well with 16 and 14 respectively.