A Life Lived: Don Hazelwood made his life’s work teaching and serving others 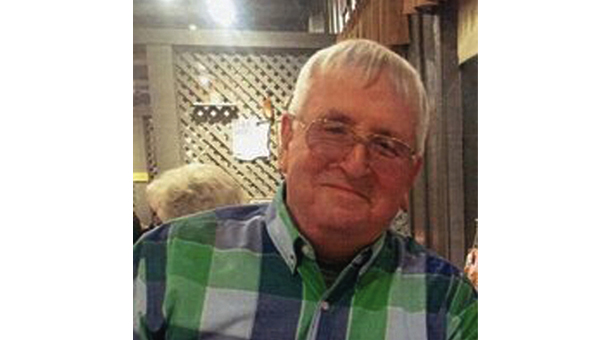 Magic Johnson is credited with saying: “All kids need is a little help, a little hope, and somebody who believes in them.”
Don Hazelwood spent his entire teaching career in special education. He began his teaching career at Harold McCormick School, where he taught for 14 years before moving to Marion, Va., to teach at the Southwest Virginia Mental Health Institute. “Many of the kids there had deep-seated problems. Some were homicidal, others suicidal. They all had problems, but Don loved those kids. They were a different lot with special needs, and he gave his best to them. He not only taught them, but he loved and cared for them,” said his wife, Diana.
In addition to his teaching career, Don was a bi-vocational pastor. He pastored for 12 years at Dear Valley Baptist Church in Chilhowie, Va., and later began a mission at Seven Mile Ford as well as a clothing ministry. “He went out of his way to help people, to make sure their needs, both spiritual and physical, were met. He couldn’t work on cars, but he could work on hearts and souls,” Diana shared with a laugh.
Don also pastored for a time at Adkins Baptist Church in Adkins, Va.
Diana described her husband as a kind person, generous, caring, and someone who did not talk about what he did. “He was a private person,” she said.
“I remember when he was pastoring at Deer Valley, one night around midnight, a man called and made a plea for some food for his family. Don got dressed, rummaged through the cabinets in our kitchen and rounded up a box of food, which he took to the man. And, I’m sure he gave him a little money, too. That was the kind of man Don was. If someone had a need, he tried to meet it,” Diana said.
She shared that Don loved pastoring. “Just like his school job, in church, you meet all kinds of people, and their needs are as different as they are. But, Don loved them all,” she said.
Diana said she and Don were able to do four mission trips, one to Rhode Island, another to Vermont, and two to the Coalfields. “The mission trips were some of our most wonderful and memorable experiences. No matter where you go, people have needs, and greatest among those needs is for someone to love them, to listen, and care. Don was good at all those things,” said Diana.
Originally from Hampton, Don attended Hampton High School, graduating in 1965. He received a Bachelor’s degree in Special Education with a minor in history at East Tennessee State University. Don also served in the United States Army during the Vietnam era.
I attended high school with Don, and I remember Don as a quiet person, always brandishing a bashful smile, smart bookwise, and friendly.
Don and Diana moved back to the Hampton community about three years ago, where he and Diana attended the Eternal Life Baptist Church in Hampton. He also taught Sunday School there.
“He was not well when we moved back, but his health worsened over time,” Diana said. Don died Dec. 28 at the age of 75.
He and Diana were the parents of a daughter, Jennifer, and had two grandchildren and three great-grandchildren.
Don’s favorite Bible verse was Isa. 40:31 “But those who hope in the Lord will renew their strength. They will soar on wings like eagles; they will run and not grow weary, they will walk and not be faint.”
His favorite song was “What A Day That Will Be,” which was sung at his funeral.
Don Hazelwood never achieved any great honors in life nor made a lot of money, but he showed us how to live and serve, and what was important in life. There’s a lot of people in the coalfields of Southwest Virginia, who have sweet memories of Don Hazelwood.