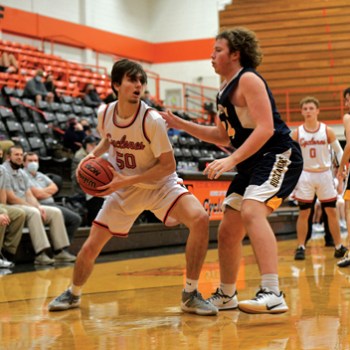 Star Photo/Ivan Sanders Nicholas Wilson prepares to drive the basketball past a U-H defender for the Cyclones. 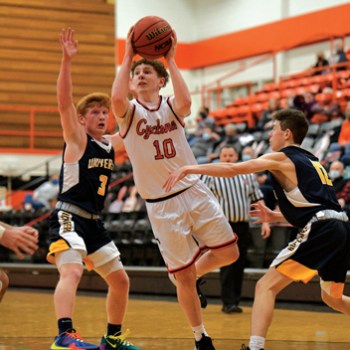 Star Photo/Ivan Sanders Seth Carter pushes the basketball toward the rim for Elizabethton. 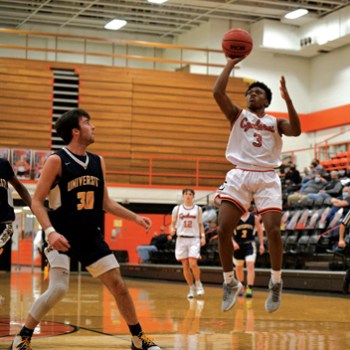 Star Photo/Ivan Sanders Elizabethton's Nate Stephens pulls up for a one-handed runner during the Cyclones win over U-H. 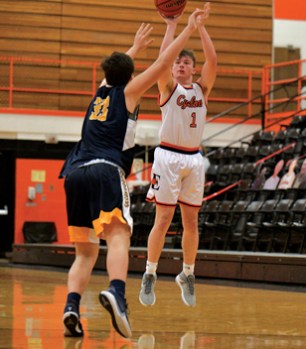 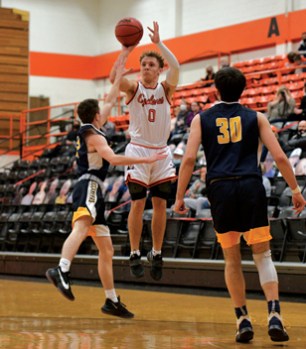 Star Photo/Ivan Sanders Jake Roberts had the hot hand for Elizabethton hitting for 27 points in the Cyclones contest against U-H. 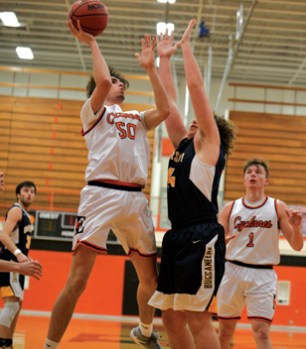 After building a 30-point lead at one stage of the game, the Bucs came charging back to slice the advantage late in the game before Elizabethton extended the lead to the final margin of 80-65 to go 13-3, 5-1 on the season.

Elizabethton worked its way to an 18-point advantage as the horn sounded to end the first half of play, 48-30.

It was the outside/inside duo of Jake Roberts and Nicholas Wilson that paved the way for the big first half as Roberts scored 20 of his team-high 27 points in the first 16 minutes of play including five treys in the first quarter alone.

Meanwhile, Wilson who has grown leaps and bounds from the Cyclones first game of the season showed great big-man prowess underneath the rim scoring 10 points in the half from point-blank range over U-H defenders that just couldn’t contain the quick-leaping Wilson.

Kaleb Meredith of the Bucs did all he could to make sure that the Cyclones didn’t blow completely out of sight as the U-H sharpshooter accounted for 16 points in the first half.

U-H also received seven points from Shepard Blowers in the opening half.

The Bucs attempted to draw closer to the Cyclones in the third period outscoring the home team by only one point, 18-17.

Meredith added 10 more points to his scoring column in the frame while Willocks added six to make sure the Cyclones held onto a decent lead.

As the final horn of the game sounded, the Cyclones had earned the 15-point win over the Bucs.

Meredith finished with a game-high 34 points to lead all scorers in the contest with John Carter tossing in 13 to reach double figures as well for the Bucs.

Wilson finished with 18 points behind Roberts who recorded 27. Willocks had a nice game with 17 points while Phillips also reached double figures with 12.