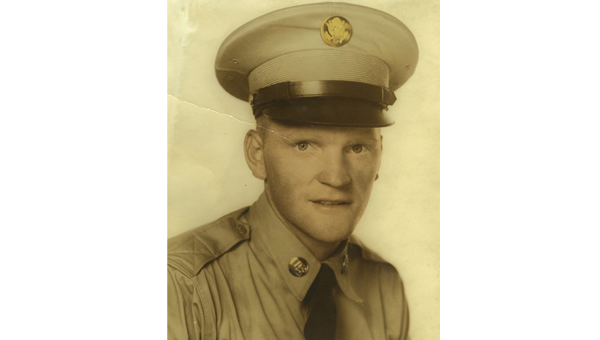 The inauguration of Joe Biden as 46th president of the United States brought back memories for Howard Ensor.
In a phone call Wednesday Ensor excitedly exclaimed: “Sixth-four years ago today I was marching down Pennsylvania Avenue in Washington, D.C. in the inauguration parade of President Dwight D. Eisenhower.” The inauguration marked the commencement of the second four-year term of Eisenhower as President and Richard Nixon as Vice President.
Ensor noted at the time he was serving with the U.S. Army as a member of the 82nd Airborne Division out of Fort Bragg, N.C.
“It’s the only inauguration I ever went to, and it was a good experience,” Ensor said, noting that he and his division marched 16 miles — about four hours. “We carried an MI rifle on our shoulder, which became heavy after a while. The only time we turned our eyes to the left was when we passed the president in his reviewing stand,” he recalled.
Ensor was one of about 600 soldiers from his unit chosen to participate in the parade. “It was an honor to be picked, and one that I won’t forget,” he said this week as he watched the Biden inauguration on TV.
Leading up to the Eisenhower inauguration, Ensor said he and his unit marched 10 hours a day for a week with that MI rifle on their shoulder. “Everything had to be precise and just right,” Ensor shared.
Ensor served two years in the U.S. Army. He completed basic training at Fort Benning, Ga., went to jump school at Fort Bragg, and later did a tour in Germany. “I served during peace time. Nobody shot at me, and I didn’t have to shoot at anyone,” Ensor said.
However, being a paratrooper, he did jump out of a lot of planes.
“Things were different back then. That was still during the days of segregation, and when we doing training at Fort Chafee, Arkansas, everywhere you went, National Guard troops were standing in the doorway. There had been some Civil Rights demonstrations,” Ensor said.
Ensor recalls that he and Howard Matherly, a local boy who spent most of his working career at Carter County Bank, went into service together as did several other Carter County boys. “When we completed our basic training at Fort Chafee, Howard’s daddy, who was a taxi driver, came to Arkansas to give us a ride home. Two black boys rode back with us up as far as Chattanooga. We stopped at a restaurant to get something to eat, and they never did come in. When we got ready to leave, we found them at the back door. They were not allowed to come inside and eat. That’s how things were back then,” he shared.
Howard, who lived on Stoney Creek, enlisted in the Army in July 1956.
The second inauguration of Eisenhower was a little unusual in that it was held privately on Sunday, Jan. 20, 1957, and publicly the following day, Jan. 21.
This year’s inauguration parade, what there was of it in light of the coronavirus epidemic and civil insurrection in the nation’s capital, was a far more solemn and muted affair than the Eisenhower inaugural parade in 1957. “People lined the parade route and were shoulder to shoulder. There was a large crowd of people all along the parade route,” Ensor said.
“It was something for an old Carter County boy like me to be able to participate in an event of that historical importance and size,” Ensor shared.
Ensor now lives in Watauga with his wife, Jewel. Over the years he has worked in the construction business, at Raytheon, and some other places.
It has been said that you will never know the value of a moment until it becomes a memory. For Howard Ensor, who is now 80, the Eisenhower inauguration parade is one of those moments that made a memory.