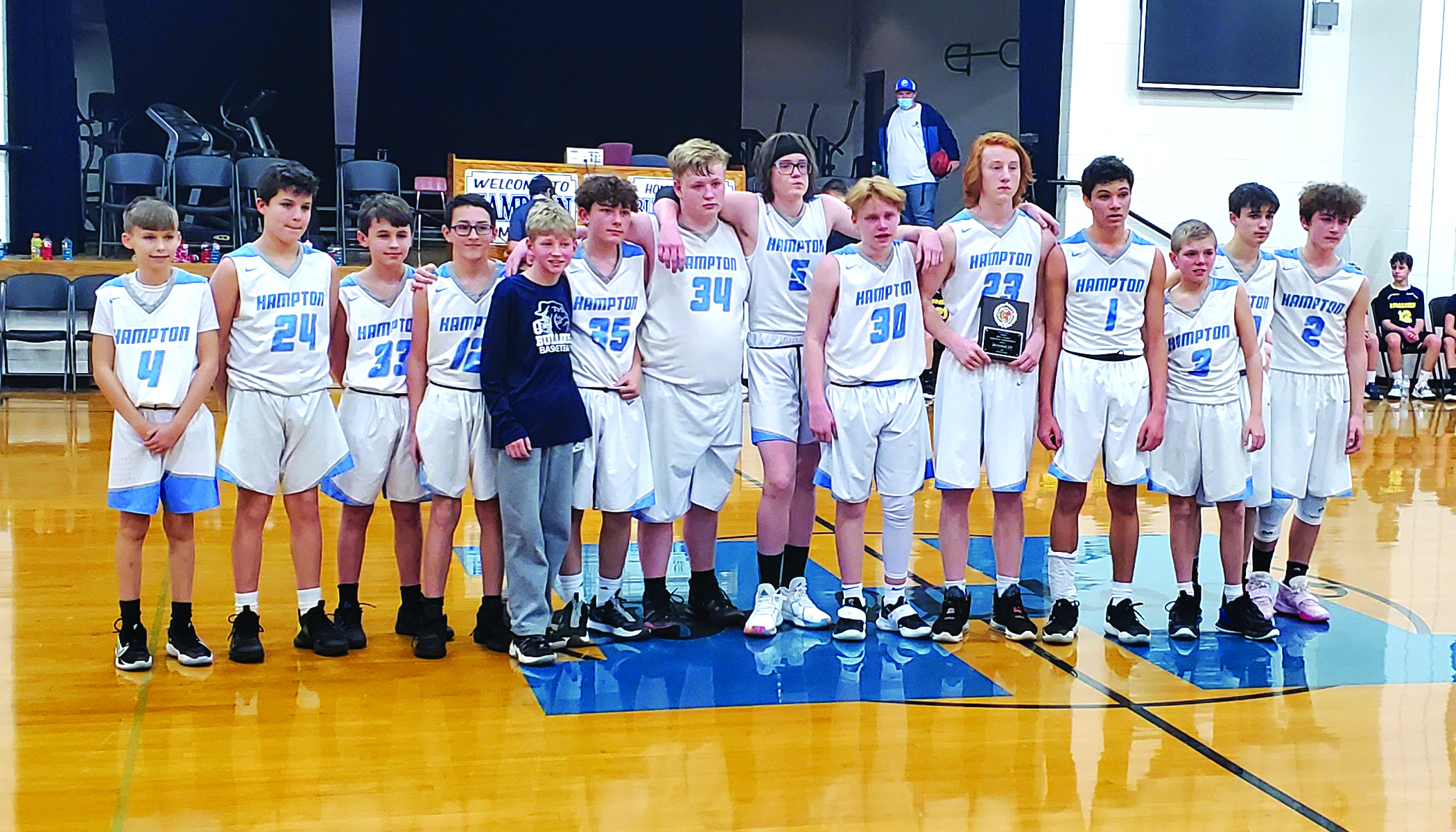 Star Photo/Ivan Sanders The Hampton Jr. Bulldogs were the Class A Area 1 Runners-up after a heartbreaking one-point loss to University School on Thursday. The team advances to the sectionals on Monday.

HAMPTON – Growing up, parents teach their children when confronted by a dog, especially an angry one, not to turn your back or simply believe you can outrun it because if you over-estimate it, you might just get a good dog bite.
The University School Jr. Bucs about learned that lesson the hard way on Thursday evening as the Hampton Middle Jr. Bulldogs were trailed by 14 heading into the final six minutes of play before breaking the leash and making a mad dash to the front to only fall short by a single point, 29-28.
It was the championship game of the Class 1A Area 1 Boys Middle School Tournament.
The good news is that Hampton still has some life as they advanced to play in the Class 1A Sectionals with a home game on Monday evening.
Hampton just couldn’t get any early offensive rhythm in the early going as the Jr. ‘Dogs fell behind 20-10 at the half.
Dominque Burleson was a one-man show early on as the athletic Burleson accounted for all 10 of Hampton’s points in the first 12 minutes of play.
The third quarter didn’t start much better for the home team as the Jr. Bucs once again found the point advantage in the stanza outscoring the Jr. ‘Dogs by a 6-2 margin to build their lead to 26-12 with only six minutes left to play in regulation.
Noah Nickles scored the only bucket in the quarter for Hampton.
With their backs against the wall, Hampton wasn’t about to give in and began to make their way toward the front led by Nickles who had that look in his eyes as the post player started to take over underneath the basket.
Using just raw muscle, Nickles started attacking the glass and rolled off seven points to help cut the lead down to striking range for his team. A.J. Green got in on the action knocking down a big trey and adding a deuce.
Jared Taylor and Burleson added two points each in the run to give Hampton a chance to win with under eight seconds to play in the game.
Hampton got the ball in their hands as the clock wound down as Burleson pushed the ball up the court. The ball took an awkward bounce causing Burleson to lose control and eventually into the hands of a Jr. Buc as the horn sounded giving the Jr. Bucs the tournament championship.