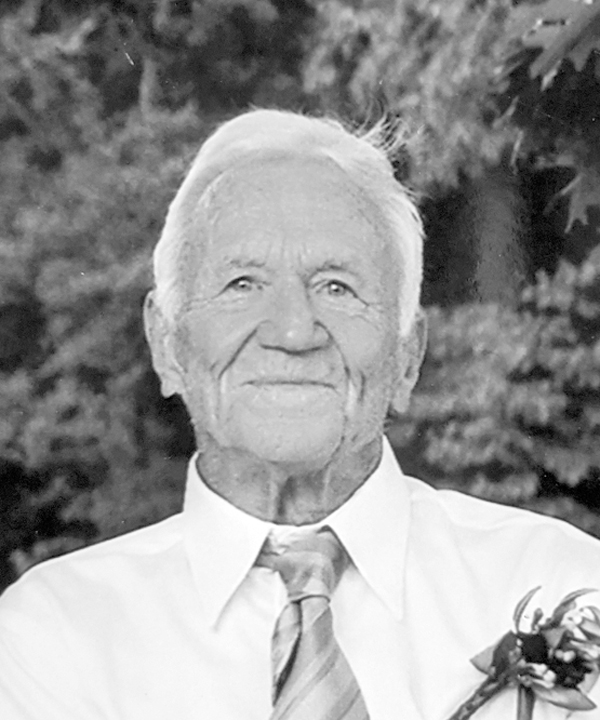 Dr. Herbert Warren Collins, age 99, of Elizabethton, Tenn., passed away peacefully at home on Sunday, February 7, 2021. He was born in Kingsport, Tenn., to Pryor and Bettie Collins.
He graduated from Dobyns-Bennett High School in 1940. He enlisted in the Army Air Force in 1942. During World War II, he served 14 months with the Air Force weather service in a Canadian Arctic outpost. While there he was gifted with a dog from Harry Gibbons which began his dog team. He was also stationed on the Portuguese islands of the Azores before he was honorably discharged in November of 1945.
After his military career, he attended the University of Tennessee in Memphis where he met Hilda May. He received a Medical Degree in 1950. Herb and Hilda were married in June of 1951. He briefly served as a doctor for a coal mining community in London, Ky. In 1955 he moved to Orlando, Fla., and began his private family practice. He enjoyed caring for his patients for over 30 years.
After he retired, he returned to East Tennessee and especially enjoyed getting into mischief with his two brothers. He continued to actively participate in many medical societies. He liked raising horses and ponies, collecting buggies, propagating plants and building wagons and barns with his family. He was also an inventor holding patents for his creations. He enjoyed going to auctions and stockyards. His lifelong passion for learning and his endearing ability to find teachable moments with his children, grandchildren and great-grandchildren remains his greatest achievement.
In addition to his parents, preceding him in death were his sister, Mary Edell Hawley, and his two brothers, Jack Collins and Robert “Bob” Collins.
He is survived by his wife, Hilda May Collins of Elizabethton, Tenn.; their seven children and spouses, Deborah Gardner (Jim), Twinkle Urbanski (Gary), Kim Collins (Pam), Monica Lalane (Bob), Teresa Pearce (Randy), Melanie; Herb Collins (Vanessa); their 21 grandchildren and 24 great-grandchildren. In addition, he touched the lives of many nieces and nephews throughout his life.
He will be remembered with love.

Our staff is committed to taking care of our guests and families that we serve. Please understand we will be following the State’s COVID guidelines. We also ask all guests and family members attending visitations and services to please bring and wear a mask and practice social distancing. Online condolences may be shared with the family on our website, www.tetrickfuneralhome.com
Tetrick Funeral Home, Elizabethton, is honored to serve the Collins family. Office: (423) 542-2232. Service Information Line: (423) 543-4917.