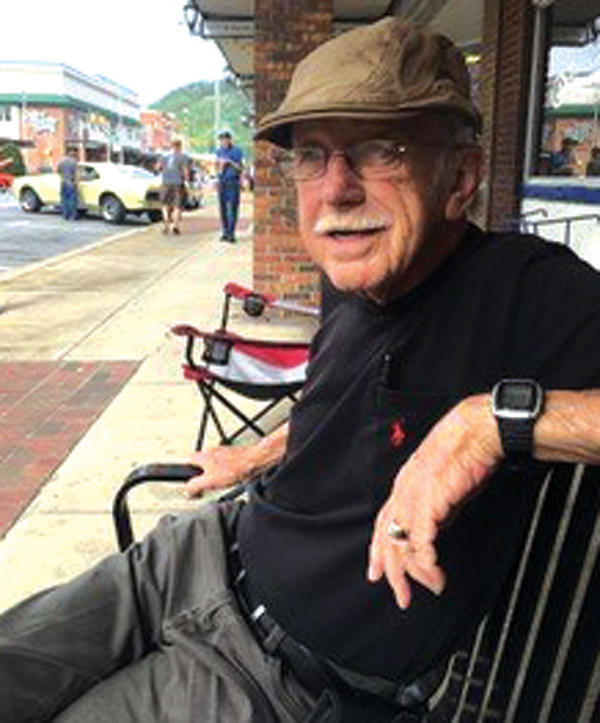 James A. Carrier, 79, of Elizabethton, Tenn., passed away Wednesday, February 10, 2021, at his residence. He was born to the late Earnest and Donna Francisco Carrier.
Jim was of the Christian faith and was a U.S. Army veteran. He began his career with newspapers at the Elizabethton Star at the young age of 12. He later became a pressman for Rockwell Graphics Systems and owned and operated PDQ Printers of Elizabethton. He was a graduate of Elizabethton High School, Class of 1960, and was dedicated in keeping them connected.
Jim enjoyed restoring his 1930 Ford Model A Tudor and recently became a member of the Carter County Car Club. In 1983 he co-founded the Boat Owners Association of Tennessee and organized the first lake clean-up and boat parade on Watauga Lake. He had been an avid operator of HAM Radio and Amateur Television.
In addition to his parents, he was preceded in death by his wife of 40 years, Norma Perry Carrier; two brothers, Walter Lynn Carrier and Dr. Ed Carrier; and two sisters, Elizabeth Morris and Joann Tabor.
He was a devoted and loving father and papaw.
Those left to cherish his gift of storytelling and sense of humor are his daughters and sons-in-law, Tracy Carrier-Miller and husband Matthew of Statesville, N.C., and Christi Rice and husband Todd of Knoxville, Tenn.; and his three grandsons, whom he adored, James Ian Miller, Mattias Miller and Alex Rice. He also leaves behind his special friend, Martha Hardin of Elizabethton; his furry companion, Hissie; and several nieces and nephews.
A private graveside service will be held at Happy Valley Memorial Park on Saturday, February 13, with the Rev. Matthew Miller presiding. Honorary pallbearers will be Christopher Browning, special nephew, Kirk Carrier, and long-time friends, Gerald Rutledge, Rick Boy and Tony Clark. A memorial service will be held on a later date when it is safe to hug again. In lieu of flowers, donations can be made to the American Heart Association, www.heart.org; Pancreatic Cancer Action Network, www.pancan.org; Alzheimer’s Association www.alz.org. Online condolences may be shared with the family and viewed on our website at www.hathawaypercy.com.
Hathaway-Percy Funeral and Cremation Services are honored to serve the Carrier family.