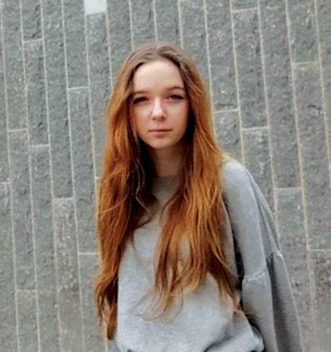 Photo Contributed Elizabethton High School's Veronica Watson took some time to reflect on being named a Roan Scholar at ETSU.

Elizabethton High School senior Veronica Watson was recently selected as a member of the ETSU Roan Scholars Class of 2025.

Watson is not new to accolades as she has served in numerous leadership roles as a student at EHS including her role as the Student Liaison to the Elizabethton City School Board and the XQ Student Advisory.

Being selected as a Roan Scholar is truly an honor only bestowed upon a select group of students each year. Watson plans to study computer science at ETSU and hopes to fine-tune her career plans during her time there.

The Roan Scholars leadership program, founded by Louis Gump, welcomed its first class in 2000 and is primarily funded by private donations.

According to Roan Scholars Director, Scott Jeffress, “The eight scholars selected for the Class of 2025 represent the Roan values of leadership, excellence, and impact, as well as the legacy started by Gump that now expands over two decades.”

Watson took a few moments to reflect on her time at Elizabethton High and her selection as a Roan Scholar:

How does it feel to be selected for this prestigious scholarship?
“Everyone goes into these types of situations optimistic, but you always try to balance it with the reality that you might not get it, and it still feels so unbelievable.

“It’s hard to see your own worth, dare I say even impossible. However, getting selected for something this major is a kind of validation that spending your time doing what you’re passionate about pays off and that anyone is more capable than they think.”

What experiences at EHS do you feel have prepared you to be successful in college?
“Had I not taken advantage of opportunities like round tables or more innovative classes like community improvement, I would not feel as confident interacting with stakeholders and networking.

“Because of these opportunities, I feel more capable of excelling in a professional setting and more secure in my ability to tackle college.”

When you aren’t in class, what are your favorite things to do for fun and relaxation?
“Of course, I play my fair share of video games, but I love to roller skate more than anything else. I have been skating for 10-plus years, and there is nothing better than vibing out to some music on wheels.

“Of course, when COVID wasn’t an issue, I spent most of my time at the JC Skate Center, but recently I’ve taken to paved paths and tennis courts when the weather is nice. I’m also hoping to get back into roller derby as well.”

What are your fondest memories of Elizabethton High School?
“Hands down, no question, spending probably too much time in the library with my friends and the best “guy-brarian” in the world.

“Whether I was eating lunch in there with a few friends, or playing Magic the Gathering; all of the best memories I can think of came from there.

“The library really was my safe place and had I not been able to form the relationships I did in there, I wouldn’t be anywhere near where I am today.”

What advice would you give other Elizabethton students (especially underclassmen) as they prepare to apply for scholarships and colleges in the next few semesters?
“Research, ask people, reach out to people. There are so many counselors, teachers, and past students that have so much information that they would be eager to give people.

“Apply for as many scholarships as you can, even big ones you don’t think you will get.

“Chances are you might, but it’s always good to have more people offering you more scholarships than you can take than to have it the other way around.”