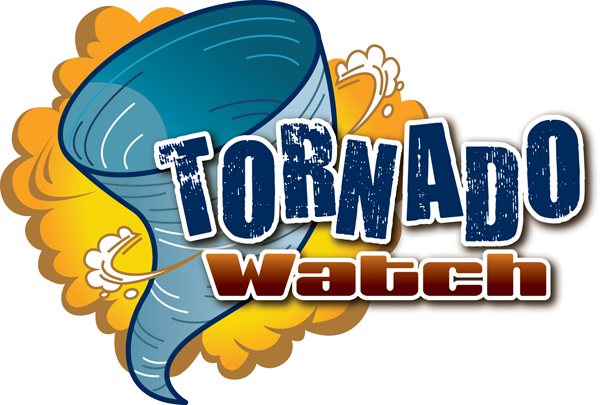 ATLANTA (AP) — Some schools in the South are closing Wednesday as residents in several states brace for the possibility of intense tornadoes that travel for miles and hail the size of baseballs.
The Wednesday storms could produce intense tornadoes, The Storm Prediction Center said in a briefing.
At highest risk is a region that includes parts of Arkansas, Louisiana, Mississippi, Alabama and Tennessee. The area in the bullseye for possible tornadoes is home to more than 8 million people and includes Memphis, Tenn.; Birmingham, Ala.; Little Rock, Ark.; and Jackson, Miss.
Parts of Texas, Oklahoma and Missouri will also be at risk of severe storms.
In parts of Louisiana, Mississippi and Alabama, any storm cell that develops Wednesday afternoon “could quickly become a supercell capable of producing strong tornadoes,” the Storm Prediction Center warned.
More than a dozen Alabama school systems canceled classes, planned online sessions or announced early dismissals because of the threat. More could be added to the list.
Communities across the South were also urging residents to know where their closest tornado shelters are.
In Jackson, Tenn., officials said the Carl Perkins Civic Center and McKeller-Sipes Regional Airport will be open for citizens seeking shelter from severe weather starting at 9 a.m. Wednesday. Jackson is a city of about 67,000 people in West Tennessee.