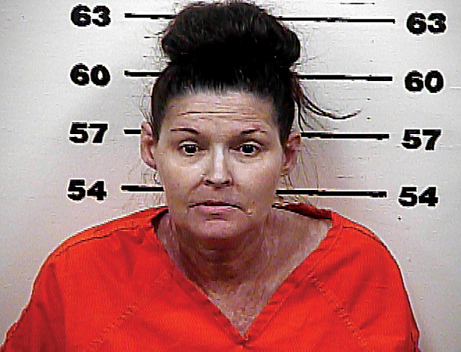 HAWKINS COUNTY — A joint investigation by the Tennessee Bureau of Investigation and the Hawkins County Sheriff’s Office has resulted in the indictment of a Kingsport woman in connection to a 2013 homicide.

At the request of former 3rd District Attorney General Berkeley Bell, TBI special agents joined detectives with the Hawkins County Sheriff’s Office in investigating the death of Regilla Stacy, 55. On August 5, 2013, she was found beaten and shot inside her home on Mountain View School Road. During the course of the investigation, authorities developed information leading to Tina Marie Luster, 46, an acquaintance of Stacy, as the individual responsible for her death.

The TBI and Hawkins County Sheriff’s Office was assisted by a number of agencies during the investigation. They include the 3rd Judicial District Attorney’s Office, the Kingsport Police Department, the Church Hill Police Department, the Sullivan County Sheriff’s Office, the Tennessee Wildlife Resources Agency, the Tennessee Department of Correction, Tennessee Board of Parole, and the Bureau of Alcohol, Tobacco, Firearms and Explosives.

Everybody’s working for the weekend…

As life goes forward, many working-class people find themselves doing one thing and that is working for the weekend. From... read more