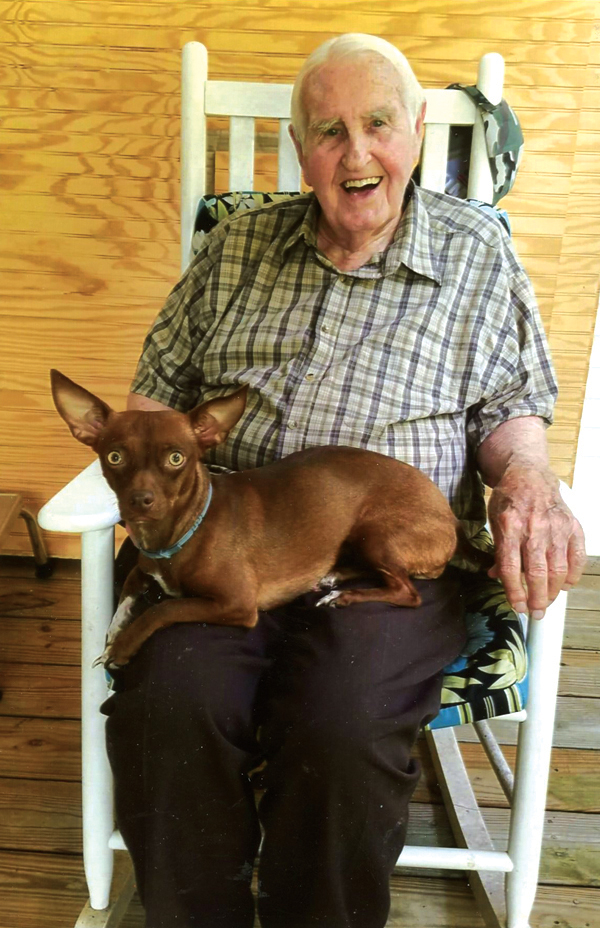 Billie John “Wild Bill” Presnell, Johnson City, went to be with his Lord and Savior Jesus Christ on Saturday, May 1, 2021, after a brief illness. He was 89 years old.
Bill was a native of Washington County, Tenn., and was raised on local sharecropping farms. He was a man of many trades and was a hard worker. Throughout his early life he worked on an oyster boat in Gloucester, Va., on a horse farm in Danbury, Conn., and at Gordon’s Furniture in Johnson City, Tenn., among other jobs. He worked at Baxter-Pharmaceal for 30 years starting as a janitor and retiring as a master mechanic in maintenance.
Bill was an active member of the Tri-Cities Church of God. He loved living and working for the Lord. He also enjoyed spending time with his family, wood working, mowing, watching golf, playing Phase 10, and telling jokes. His favorite place to eat was Dino’s Restaurant in Elizabethton.
He was preceded in death by the love of his life and wife of 67 years, Jonnie B.; his mother, Carrie Hicks; brother, Steve Hicks; and sister, Joyce Amos.
He is survived by his two daughters, Victoria Lunceford (Joe Sr.) and Kerry Jackson (David); three grandsons, Joe C. Lunceford Jr. (Sheri), John Lunceford and Matthew Lunceford (Cindy); three granddaughters, Tammy Bouton (Mitchell), Monica Phillips (Brian) and Misty Bouton (Lawrence); 12 great-grandchildren, Kristina, Haylee, Brad, Nikki, Cody, Colton, Alyra, Autumn, Summer, Meghan, Trinity and Amara; a special aunt, Francis Gillenwater; his dog Coco; and many nieces, nephews and friends.
Funeral services will be conducted at 7 p.m. Thursday, May 6, at Memorial Funeral Chapel with Pastor Richard Bawgus, Mr. Rocky Collins and Mr. David Jackson officiating. Music will be provided by Luanne Powers. Graveside services and interment will be at 11 a.m. Friday, May 7, at Washington County Memorial Park. Active pallbearers, who are requested to assemble at the cemetery at 10:50 a.m. Friday, will be grandsons and grandsons-in-law, Joe Lunceford Jr., John Lunceford, Matthew Lunceford, Brian Phillips, Mitchell Bouton and Lawrence Bouton. Honorary pallbearers will be employees of Dino’s Restaurant and Joe Lunceford Sr. The family would like to express a special “Thank You” to the doctors, nurses and staff of Sycamore Shoals Hospital. The family will receive friends from 6 to 7 p.m. Thursday at the funeral home. Family and friends will assemble at the cemetery at 10:50 a.m. Friday. Condolences may be sent to the family at our website at www.memorialfcelizabethton.com.
Memorial Funeral Chapel is serving the Presnell family.