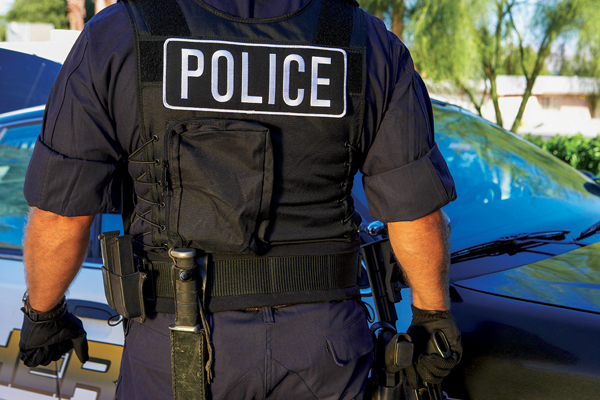 NASHVILLE (AP) — Police in Tennessee fatally shot a man who had fired a gun near officers, authorities said Sunday.
Officers shot Jacob Alexander Griffin, 23, at a homeless camp on Saturday night, said Don Aaron, a spokesman for the Metropolitan Nashville Police Department.
The department released a video Sunday showing several officers at the scene. Griffin, who is obscured by trees and officers, yelled at police to get off his property and refused to surrender his gun.
The video included audio from an emergency call made by Griffin’s mother, who said her son was threatening mass violence. She said her son was angry about being fired from a local store six months ago.
After several hours, as officers moved in planning to use police dogs and rubber bullets to take him into custody, Griffin fired a shot. Nashville SWAT Officer Matthew Grindstaff then shot Griffin, who was pronounced dead at a hospital.
No officers were injured. The Tennessee Bureau of Investigation and Nashville police are investigating the incident.

PORTLAND (AP) — Fire rescuers and medical staff used a power saw and screwdrivers to extract a toddler from an... read more