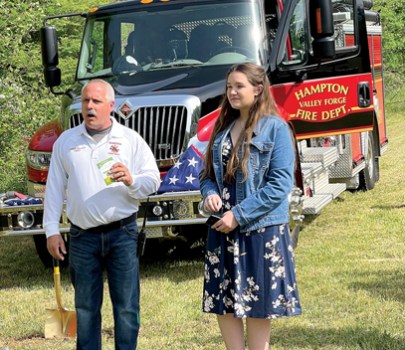 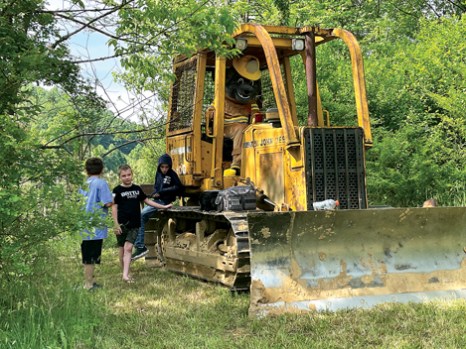 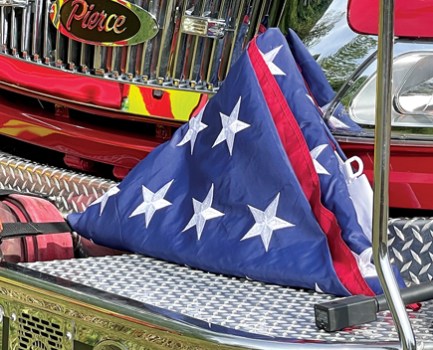 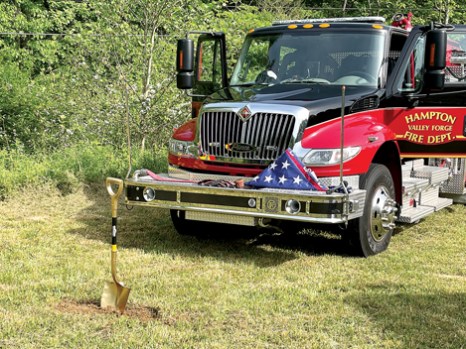 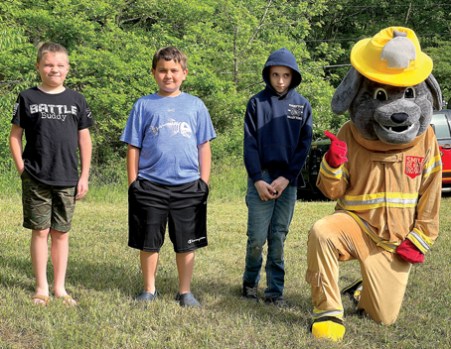 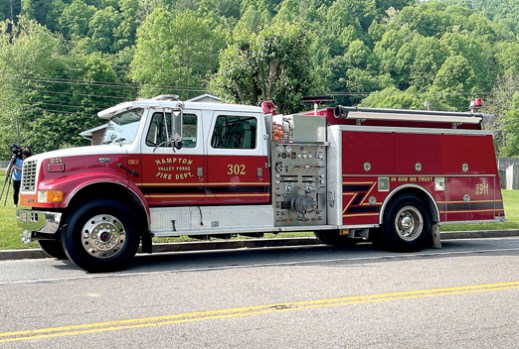 BY KEVIN GREEN
STAR CORRESPONDENT
kevin.green@thewritefacts.com
HAMPTON—The residents of the Simerly Creek area of Carter County will have added comfort of knowing that in the event of a fire or other disaster professional help will now be able to respond much faster than before thanks to the Hampton Valley Forge Volunteer Fire Department breaking ground last Saturday for a new station.

Opening the new station would shave off up to six minutes to the response time and add a Class A fire truck and an AED (automated external defibrillator) that is much closer to the residents of the community.

According to Chris Isaacs, who serves as the chief for the department, a new third station had always been on a back-burner for nearly 30 years.

“In the early years it [opening a new station] was always in the plans to be done,” said Isaacs, “but finding the location, finding the property, finding the funding never worked out together.”

Isaacs said the need for the new station was always there, but it was not until they located the perfect location where state highways 19 and 173 meet that the effort began. A two-year process would follow that discovery before ground could be broken.

“We went into negotiations with the owner of the property, Janice Bowen who lives in Hampton, Virginia,” said Issacs. He added that Bowen gave them a price that was much lower than market value.

“It took us quite a while with the legal issues, clearing the deed and title for the property. After that was over she made us a very fair price—a generous donation from the family basically,” he said.
Chief Issacs said that enough of the property was purchased that there were also plans to add a “pocket park” that will have a picnic shelter and walking trail that would be available for resident use.

Issacs believes it will take about four months to complete the new fire station, and that work on it would begin immediately.

The groundbreaking ceremony included recognizing the massive community participation that went into the effort, such as the Little Doe River Church as well as other local businesses that donated and Yard and Nursery Depot that pitched in a bulldozer.

If you would like to contribute time or donate to the HVFVFD, please call (423) 725-3500 or leave a message at facebook.com/HamptonValleyForgeTNVolunteerFireDept. Issacs said if you want your donation to go only to the new station development mention this while donating.