Former sheriff back in court, Judge Bowers recuses himself 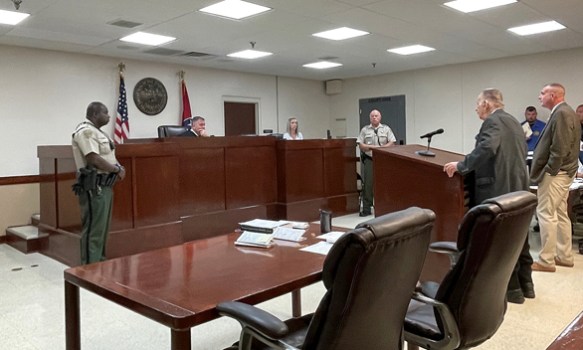 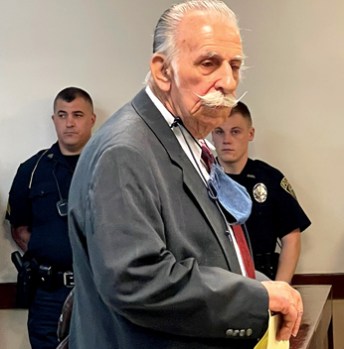 Judge Bowers, on his own motion, recused himself because of official and personal ties with Papantoniou’s requested witnesses.

Bowers said Judge David Shults would be asked to take over the case and referred the proceedings to the Tennessee Administrative Office of the Courts.

According to an affidavit of complaint filed by Deputy Dakota Mullins, Papantoniou was “acting erratically” while in the lobby of the sheriff’s office.
The complaint states that Papantoniou, who served as Carter County Sheriff from 1976 to 1982, was asked to leave the premises by another deputy, Tonya Range, but refused, which is what prompted Mullins as well as other sheriff officials to intervene.

The complaint reads, “…Mr. Papantoniou jerked his arm away from [Mullins], and pushed [him] on the chest area with both hands.”

In his sworn complaint, Mullins further stated that after he was pushed by Papantoniou, he took the former sheriff “to the ground with the minimal amount of force necessary” to prevent further resistance.

However, unnamed sources involved in the incident claim the amount of force that was used to subdue Papantoniou was excessive, resulting in bodily injury to the elderly former sheriff.

Papantoniou had been accused of brandishing a firearm during the previous dispute over property boundaries and was being investigated for that offense until the unnamed neighbor died a few weeks before. It is not known if the neighbor was the complainant in that case.

According to Papantoniou, the reason he was at the sheriff’s office was to collect guns that had been confiscated during the investigation. He said that Judge Bowers had ordered that they be returned to him.

“I am not guilty of [the charges],” said Papantoniou, “and I would be willing to undergo a polygraph test to prove that.”

Papantoniou said he was checking his wallet to see if he had smaller bills to pay his driver.

“That was when the deputy tried to grab my wallet and I put my forearm out to stop him,” he said, “…that was when he took me to the ground.”

Papantoniou was unrepresented by counsel during Friday’s appearance when he asked that the current county sheriff as well as other county officials be subpoenaed for his defense.

Bowers reset the matter for another hearing on June 21, and the case has been placed on Judge Shults docket.