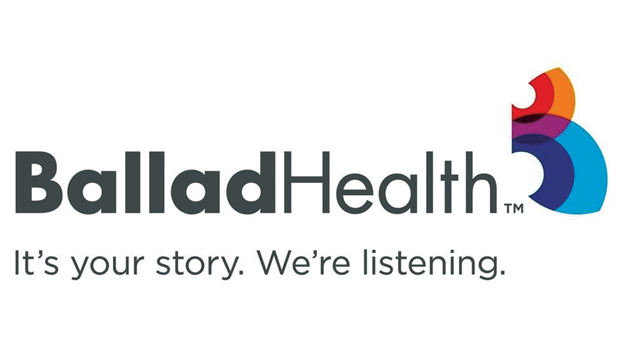 Photo Contributed by Ballad Health Ballad Health's recently released numbers on Wednesday show that the positivity rate is starting to climb once again.

RIP is a national non-profit that uses donated funds to purchase medical debts belonging to financially burdened individuals. RIP has historically acquired accounts from the secondary debt market, such as debt buyers and collection agencies, to forgive the acquired debt. In July 2020, the Department of Health and Human Services Office of the Inspector General issued Advisory Opinion #20-04, allowing hospitals and physician groups to sell or donate debts directly to RIP for the purpose of abolishing a patient’s liability under certain conditions. Ballad Health is the first health system that RIP has successfully worked with directly.

“Since the completion of our merger in 2018, Ballad Health has implemented a number of new policies and programs to reduce the cost of care for uninsured and under-insured individuals,” said Lynn Krutak, Ballad Health’s chief financial officer. “It made sense for us to look at the RIP model to see if we could extend these efforts further.”

Last year, Ballad Health announced several new steps to reduce out-of-pocket costs for patients who are burdened by the high cost of healthcare, including assisting patients – even those with insurance – who have incomes up to 450% of the federal poverty level and who have suffered with higher deductibles and co-pays required by insurance companies.

These steps include: raising eligibility for full charity from 200% to 225% of the federal poverty limit; reducing charges for urgent care services by 17% and increasing self-pay discounts to 85% off charges; implementing presumptive eligibility that eliminates burdensome paperwork requirements and automatically enrolls people in charity care programs; and implementing the Appalachian Highlands Care Network, which provides free care and active case management to uninsured individuals in Ballad Health’s 29-county service area.

“We’ve screened more than 100,000 individuals in our service area for food and housing insecurity, exposure to domestic violence and other health-related social needs, and we’ve found again and again, many services exist to support these individuals and families, but as a system and community, we previously haven’t connected with them appropriately,” said Anthony Keck, chief population health officer for Ballad Health.

“Everyone who will receive their debt abolished through this collaboration with RIP Medical Debt qualifies for our charity care policy, but for various reasons, they did not take advantage of it in prior years, or their circumstances have changed, leaving many without assistance. By removing this burden of old debt, we hope to better engage with our patients, so they access care and other services when they need them without the fear of unmanageable expenses,” Keck added.

Letters in yellow envelopes from RIP Medical Debt have been sent to eligible recipients, with anticipated delivery dates occurring the week of June 28. Each letter only applies to a single instance of debt, which means patients with more than one Ballad Health account outstanding that does not qualify for the charity care policy will still be responsible for those payments. Ballad Health encourages those individuals to reach out to the Ballad Health financial support team to determine if further assistance is available.

Patients who have outstanding accounts and believe they might be eligible for charity care should contact Ballad Health at 423-408-7400.