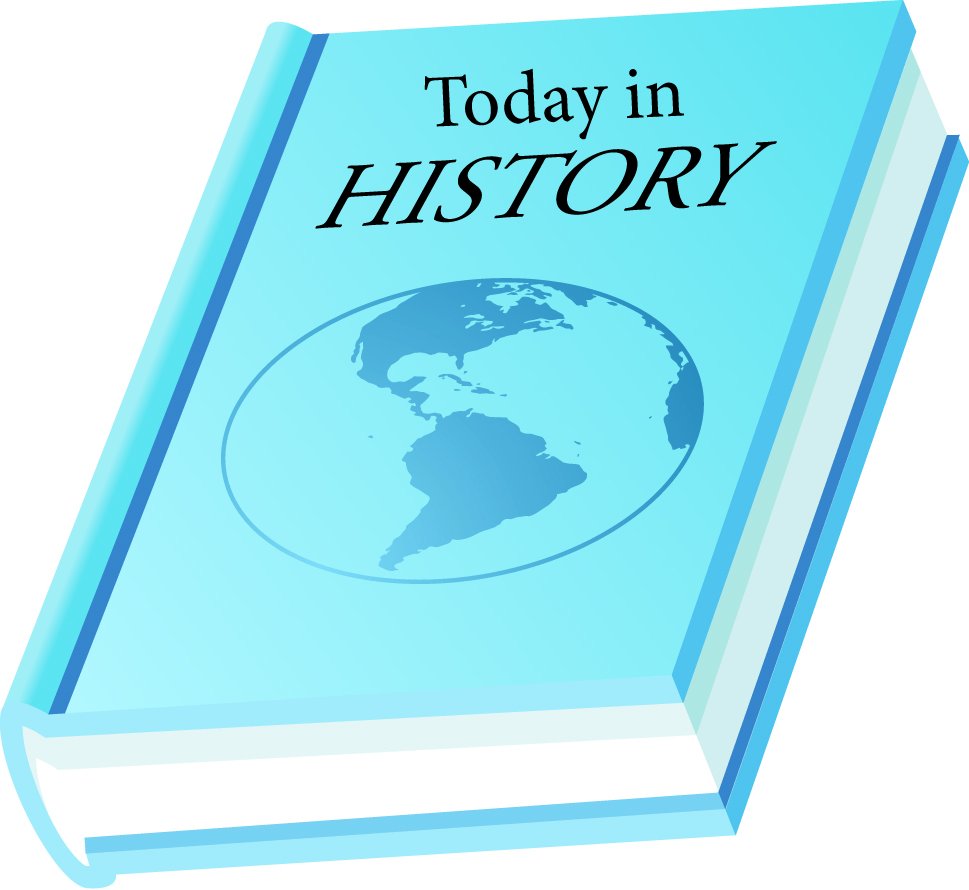 By The Associated Press
Today is Wednesday, June 23, the 174th day of 2021. There are 191 days left in the year.
Today’s Highlights in History:
On June 23, 1972, President Richard Nixon signed Title IX barring discrimination on the basis of sex for “any education program or activity receiving federal financial assistance.” (On the same day, Nixon and White House chief of staff H.R. Haldeman discussed using the CIA to obstruct the FBI’s Watergate investigation. Revelation of the tape recording of this conversation sparked Nixon’s resignation in 1974.)
On this date:
In 1888, abolitionist Frederick Douglass received one vote from the Kentucky delegation at the Republican convention in Chicago, effectively making him the first Black candidate to have his name placed in nomination for U.S. president. (The nomination went to Benjamin Harrison.)
In 1904, President Theodore Roosevelt was nominated for a second term of office at the Republican National Convention in Chicago.
In 1931, aviators Wiley Post and Harold Gatty took off from New York on a round-the-world flight that lasted eight days and 15 hours.
In 1947, the Senate joined the House in overriding President Harry S. Truman’s veto of the Taft-Hartley Act, designed to limit the power of organized labor.
In 1956, Gamal Abdel Nasser was elected president of Egypt.
In 1969, Warren E. Burger was sworn in as chief justice of the United States by the man he was succeeding, Earl Warren.
In 1985, all 329 people aboard an Air India Boeing 747 were killed when the plane crashed into the Atlantic Ocean near Ireland because of a bomb authorities believe was planted by Sikh separatists.
In 1988, James E. Hansen, a climatologist at the Goddard Institute for Space Studies, told a Senate panel that global warming of the earth caused by the “greenhouse effect” was a reality.
In 1993, in a case that drew widespread attention, Lorena Bobbitt of Prince William County, Va., sexually mutilated her husband, John, after he’d allegedly raped her. (John Bobbitt was later acquitted of marital sexual assault; Lorena Bobbitt was later acquitted of malicious wounding by reason of insanity.)
In 1995, Dr. Jonas Salk, the medical pioneer who developed the first vaccine to halt the crippling rampage of polio, died in La Jolla (HOY’-ah), California, at age 80.
In 1997, civil rights activist Betty Shabazz, the widow of Malcolm X, died in New York of burns suffered in a fire set by her 12-year-old grandson; she was 61. (Malcolm Shabazz pleaded guilty to arson and other charges and was placed in juvenile detention.)
In 2009, “Tonight Show” sidekick Ed McMahon died in Los Angeles at 86.
Ten years ago: Republicans pulled out of debt-reduction talks led by Vice President Joe Biden, blaming Democrats for demanding tax increases as part of a deal rather than accepting more than $1 trillion in cuts to Medicare and other government programs. “Columbo” actor Peter Falk died in Beverly Hills, California, at age 83.
Five years ago: Floods tore through parts of West Virginia, killing 23 people and destroying or damaging thousands of homes, businesses, schools and infrastructure. Britain voted to leave the European Union after a bitterly divisive referendum campaign, toppling Prime Minister David Cameron, who had led the campaign to keep Britain in the EU. A short-handed and deeply divided Supreme Court deadlocked 4-4 on President Barack Obama’s immigration plan to help millions living in the U.S. illegally, effectively killing it. In a narrow victory for affirmative action, the Supreme Court upheld, 4-3, a University of Texas program that took account of race in deciding whom to admit. Appalachian music patriarch Ralph Stanley, 89, who helped define the bluegrass sound, died in Sandy Ridge, Virginia.
One year ago: A private funeral for Rayshard Brooks, a Black man who was shot by a white police officer outside an Atlanta restaurant, was held at Ebenezer Baptist Church, where the Rev. Martin Luther King Jr. once preached. The Louisville police department fired an officer involved in the fatal shooting of Breonna Taylor more than three months earlier, saying Brett Hankison had shown “extreme indifference to the value of human life” when he fired ten rounds into Taylor’s apartment. (A second officer was also fired; Hankison is facing charges of endangerment.) Tennis player Novak Djokovic said he and his wife tested positive for the coronavirus after he played in exhibition matches he organized in Serbia and Croatia without social distancing; he was the fourth player to come down with COVID-19 after taking part. Major League Baseball issued a 60-game schedule for a season to start in late July in empty ballparks. Saudi Arabia said that because of the coronavirus, only “very limited numbers” of people could perform the annual hajj pilgrimage. Segway said it would end production of its two-wheeled personal transporter.
Today’s Birthdays: Singer Diana Trask is 81. Actor Ted Shackelford is 75. Actor Bryan Brown is 74. Supreme Court Justice Clarence Thomas is 73. Actor Jim Metzler is 70. “American Idol” ex-judge Randy Jackson is 65. Actor Frances McDormand is 64. Rock musician Steve Shelley (Sonic Youth) is 59. Writer-director Joss Whedon is 57. R&B singer Chico DeBarge is 51. Actor Selma Blair is 49. Actor Joel Edgerton is 47. Rock singer KT Tunstall is 46. Actor Emmanuelle Vaugier is 45. Singer-songwriter Jason Mraz is 44. Football Hall of Famer LaDainian Tomlinson is 42. Actor Melissa Rauch is 41. Rock singer Duffy is 37. Country singer Katie Armiger is 30.

Employee wants to turn the page on mandatory book club

Scriptures instruct Christians to be nonconformists

Jesus’ life was in peril from the time He…