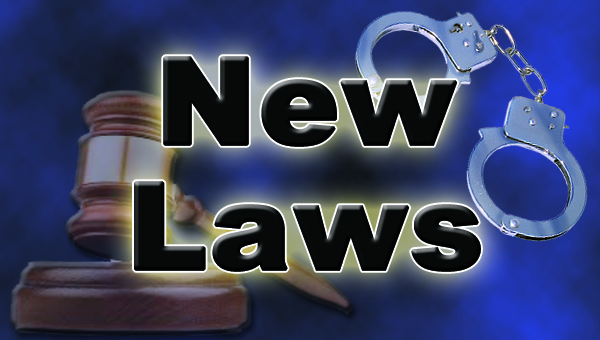 As Tennessee ushers in a new fiscal year on July 1, several new laws protecting and benefitting Tennessee’s first responders, active military service members and veterans will take effect. Among the new laws is legislation sponsored by Senate Majority Leader Jack Johnson (R-Franklin) and Senator Mike Bell (R-Riceville) providing volunteer firefighters an annual $600 payment upon completion of at least 30 hours of training. Currently, the cost of any training or equipment is often at their own expense. Leader Johnson said, “In many parts of our state, volunteer firefighters are the only means of providing emergency fire and medical services. Keeping them running with up-to-date training and equipment is vital to the safety of our communities.”

Other laws enacted on July 1 to protect first responders include:

— Legislation sponsored by Leader Johnson ensuring that a person convicted of murdering a first responder with targeted intent for the job they do will be charged and punished as a terrorist for their crime, including the possibility of life without parole or the death penalty;

— The Spencer Bristol Act sponsored by Senator Ferrell Haile (R-Gallatin) which strengthens penalties for criminals who evade arrest (named for Master Patrol Officer Spencer Bristol who was struck and killed in 2019 by a vehicle while involved in a foot pursuit of a fleeing suspect); and

Among laws effective on July 1 helping military service members and veterans, is legislation enhancing the Tennessee’s Support, Training, and Renewing Opportunity for National Guardsmen (STRONG) Act passed in 2017 to provide tuition reimbursement for members of the Tennessee National Guard. Sponsored by Johnson and Senator Bill Powers (R-Clarksville), the new law provides eligible servicemembers with tuition reimbursement for up to 120 hours for a bachelor’s degree, 40 hours for a master’s degree and 24 hours for a vocational or technical program. It also provides reimbursement for up to 30 additional hours for any servicemember enrolled in ROTC or other officer-producing programs while pursuing a bachelor’s degree or master’s degree.

Similarly, another new veteran scholarship law which takes effect Thursday increases the number of veterans eligible for the Helping Heroes Grant. Previously, eligibility was limited to veterans who earned either the Global War on Terrorism medal on or after September 11, 2001; the Iraq campaign medal; or the Afghanistan campaign medal. The new law, sponsored by Senator Rusty Crowe (R-Johnson City), adds eligibility for any veteran who has earned a service expeditionary medal as identified by rules created by the Tennessee Student Assistance Corporation.

Other laws that will take effect on Thursday benefitting military service members and veterans include:

— A new law sponsored by Senator Richard Briggs (R-Knoxville) increasing the current state park camping fees discount available to veterans from 50% to 100% for Tennessee residents who have a 100% service-connected permanent disability as determined by the VA; and

— A new statute sponsored by Jackson giving a state employee, who is a veteran with a service-connected disability of 30% or more, up to 36 hours of sick leave each year to attend appointments related to that disability without having to use their sick leave or vacation time to make their Veterans Administration (VA) appointments.