BY IVAN SANDERS
STAR STAFF
ivan.sanders@elizabethton.com
To say society has been spoiled in the day we live would be an understatement compared to our forefathers who preceded us in the colonial era.

Take for example a simple pair of shoes.

Today, when a pair of shoes wear out, we simply toss them in the trash can or put a 25 cent price tag on them and put them in the neighborhood yard sale.

Then the car is loaded up with the family for the mall or any plaza that sells shoes to sift through hundreds of different brands and styles to find that perfect pair that will last another six to eight months if we are lucky.

However, that was not the case in the colonial era when the settlers arrived at the Sycamore Shoals Fort as the shoe cobbler was the only place to visit to purchase a pair of shoes that couldn’t be massed produced.

As a matter of fact, during the 18th century as a journeyman or apprentice coming into learning the craft was expected to produce one pair of shoes a day according to Slade Nakoff, who was recently demonstrating the trade as part of Sycamore Shoals’ monthly program which brings to life colonial living to today’s generation.

“I am using metal needles right now but actually they would have been using boar bristle instead of metal needles,” said Nakoff. “And what that does, where you have a metal needle and the linen thread doubles over it creates a thicker portion, but the boar bristle has these wisky ends on it that allow you to twist it around and pull it through making a knot in it kind of like the needle and thread they do surgery with.”

Nakoff said that generally on the frontier that they would have had shoes more like moccasins that were centered seamed but for walking on concrete as Nakoff was doing on this day they prove to be uncomfortable.

He said that the heel of the shoes he was making would oftentimes have a wooden heel or a leather heel like the pair he was making.

Nakoff was doing the project to help Sycamore Shoals State Park with the demonstration but was also doing it as part of his studies at East Tennessee State University where he is a History major in the Arts Department.

The shoe cobbling was just a small part of his project as he was recreating objects that were in the house of the Governor of Virginia during the Revolution and the shoes were just one of the items.

He was self-taught on shoemaking as he did research and found the information needed to construct a pair of shoes.

Nakoff s a 2018 graduate of Elizabethton High School and is working toward a Ph.D. so that he can teach at the college level.

But for now, he shares the tradition of the early colonists in regards to shoes with anyone that took the time to step into a cabin inside the fort where Nakoff was working including a family from Memphis who was in the area visiting colleges. 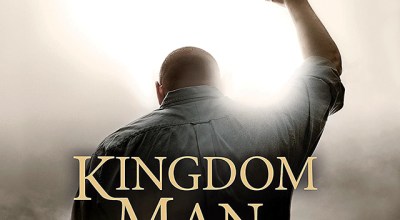