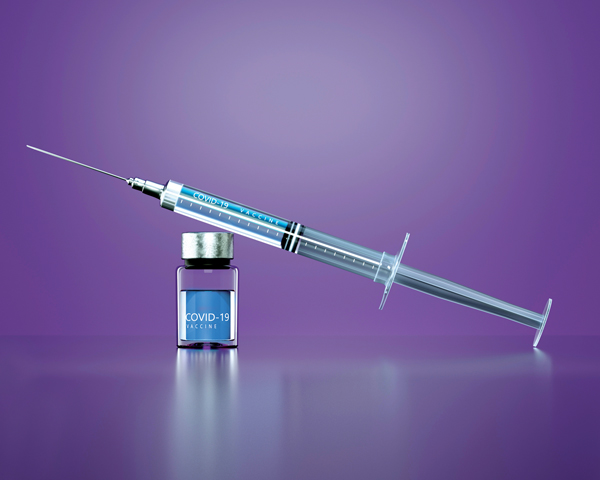 By JONATHAN MATTISE
Associated Press
NASHVILLE (AP) — Tennessee’s former top vaccinations official said Tuesday that she couldn’t stay silent after she was fired this week amid scrutiny from Republican state lawmakers over her department’s outreach efforts to vaccinate teenagers against COVID-19.
Dr. Michelle Fiscus, who was the medical director for vaccine-preventable diseases and immunization programs at the Tennessee Department of Health, said the state’s elected leaders put politics over the health of children by firing her for her efforts to get more Tennesseans vaccinated.
She said the agency presented her with a letter of resignation and a letter of termination Monday, but no reason for why she was being let go.
After choosing the termination letter, Fiscus penned a blistering 1,200-word response in which she said she is ashamed of Tennessee’s leaders, afraid for her state, and “angry for the amazing people of the Tennessee Department of Health who have been mistreated by an uneducated public and leaders who have only their own interests in mind.”
She also revealed that the Tennessee Department of Health has halted all outreach efforts around any kind of vaccines for children, not just COVID-19 ones, which The Tennessean confirmed through department documents. All of it, she warned, comes as only 38% of Tennesseans are fully vaccinated against COVID-19, lagging behind much of the nation.
“I don’t think they realized how much of an advocate I am for public health and how intolerant of injustice I am,” Fiscus told The Associated Press on Tuesday in one of several interviews with numerous news outlets.
So far, Republican Gov. Bill Lee’s administration has been silent on the firing. His office and the Health Department declined to comment, citing personnel matters. After an event Tuesday, Lee did not answer questions from reporters.
Democrats blasted the firing, with Sen. Raumesh Akbari saying Fiscus was “sacrificed in favor of anti-vaccine ideology.” House Speaker Cameron Sexton was one of few Republicans to weigh in, saying through a spokesperson that health officials made the decision internally.
“While members have expressed concerns about the department’s recent vaccine marketing strategy, Speaker Sexton will not speculate on the factors that went into this decision,” said Sexton’s spokesperson, Doug Kufner. “However, Speaker Sexton does believe that those who have voiced their dissent agree with yesterday’s outcome.”
Republican Sen. Richard Briggs, a physician, said he’s also unsure why Fiscus got fired, but said “it would be wrong if the reason for her firing was because she had a campaign to try to get our children vaccinated.” He said he doesn’t want to second-guess the department, but “because of the way it at least looks superficially without the details being known, there probably needs to be some clarification.”
During a June committee meeting, angry Republican lawmakers invoked Fiscus’ name over a letter she sent to medical providers who administer vaccines explaining the state’s legal mechanism letting them vaccinate minors as young as 14 without parental consent, called the “Mature Minor Doctrine.” The letter was in response to providers’ questions and didn’t contain new information.
Fiscus said the health department’s attorney provided the letter. The attorney, she said, had said the letter had been “blessed by the governor’s office.” She said the doctrine was based on a 1987 Tennessee Supreme Court ruling and her job was to explain what is allowable.
Republican lawmakers also admonished the agency for its communications about the vaccine, including online posts. One graphic, featuring a photo of a smiling child with a Band-Aid on his arm, said, “Tennesseans 12+ are eligible for vaccines. Give COVID-19 vaccines a shot.”
During the hearing, Republican Rep. Scott Cepicky held a printout of a Facebook ad saying teens were eligible, calling the agency’s advocacy “reprehensible” and likening it to peer pressure.
Asked about the hearing, the governor last month said generally that the state will “continue to encourage folks to seek access — adults for their children, and adults for themselves to make the personal choice for vaccine.”
Two weeks after the hearing, the Health Department instructed county-level employees to stop vaccination events aimed at teens and to halt online outreach to them, The Tennessean previously reported, citing emails it obtained.
Fiscus said issues on vaccine communication arose last fall, before the shots were federally authorized, when health officials asked for permission to start messaging about how COVID-19 vaccines would be safe, effective and well-studied. She said they were denied and the governor’s office controlled communication, adding that the state’s public messaging began this May.
“When the vaccines did finally become available, the messaging that came from the governor’s communication team was, ‘Talk to your doctor to see if COVID-19 vaccine is right for you,’” Fiscus said. “We tried to explain that this is not a foot powder. This is the life-saving tool that we have to fight this pandemic and that we should be strongly encouraging people to get vaccinated.”