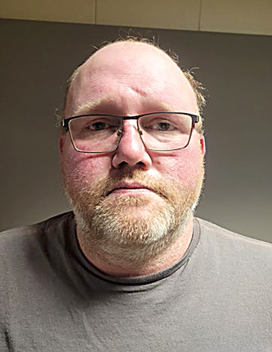 According to Washington County Sheriff Ed Graybeal, a Washington County man is in custody following an armed standoff with deputies. This incident began after 911 calls were received concerning an intoxicated man at the residence of 159 Carr Cemetery Road at approximately 3 a.m. Friday.

The man, later identified as Jason S. Guire, 41, had threatened family members with a handgun and had doused the interior of the residence with diesel fuel while family members were inside. Guire was successful in lighting a piece of furniture on fire before fleeing the scene in a white Honda Odyssey van. His van was spotted on Herb Hodge Road by responding deputies and a felony traffic stop was conducted. Guire then put the handgun to his head which began a 3½ hour stand-off with officers. During the stand-off, Guire fired two rounds from the gun into the Watauga River. After lengthy negotiation efforts, Guire eventually surrendered to law enforcement and was taken to the Johnson City Medical Center for an evaluation and later released.

He has been charged with the following:

Guire is being held at the Washington County Detention Center on a $100,000 bond with arraignment set in Sessions Court on Friday, July 23, at 10 a.m.

Members of the Washington County SWAT Team as well as the Johnson City Police Department assisted in this incident.

The following arrests have been reported by the Carter County Sheriff’s Office:  Rex D. Lewis was arrested on July 6... read more