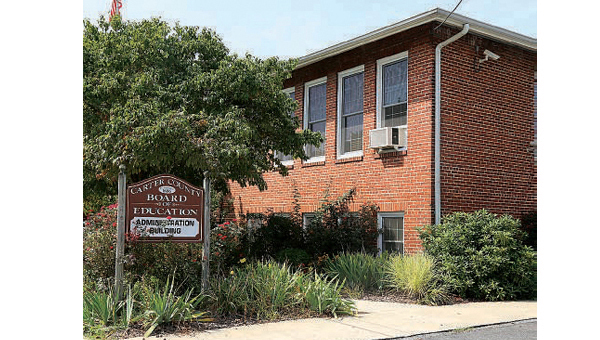 Carter County Schools closed on Monday due to lack of staff

On Monday, the Carter County School System was forced to close schools due to a lack of staff.

The news comes from a post on the school system’s website that states, “Due to a shortage of bus drivers and lack of substitute teachers, Carter County Schools will be closed Monday, August 23, 2021.”

This message comes only three days after a previous message from the system about bus routes not being run due to quarantine of drivers.

Carter County Schools Director Dr. Tracy McAbee spoke on Monday’s closure saying, “Obviously COVID was a part of this, but then again some of it was due to other conflicts. Obviously, there are rules, regulations, and extenuating circumstances that allow you to call the day off, which we did.”

However, McAbee said that there is a plan in place so that teachers and students can return to school as quickly as possible, saying, “We are going to be moving some teachers around to cover certain classes. We also have academic coaches, supervisors here at the Central Office, as well as myself that will be going around to make sure every classroom is covered.”

And while spots will be filled in the classrooms around the school system, McAbee spoke about one issue that cannot be resolved as easily, saying, “Bus routes will still be slightly understaffed, but we do have a majority of those routes that will be covered. However,  there are still four routes that we will have to consolidate down.”

It has been a wild weekend due to these circumstances, but McAbee says that he believes the plan that is in place is a solid one, and that things will hopefully be back to normal before long.

When asked about how long the school system will be closed, Mcabee explained that it will be a very short hiatus, saying, “Thanks to the plan that we have put in place, classes will be back up and running tomorrow, Tuesday, August 24.”

BY NIC MILLER STAR STAFF nic.miller@elizabethton.com This past Friday, the Tennessee Department of Health released updated statistics of Covid throughout... read more