After a big win by the Elizabethton Cyclones against the Science Hill Hilltoppers to start the season on Friday night, Monday brought with it a junior varsity contest for each squad, giving the younger players a chance to showcase their talents.

It was the Cyclones who would receive the pigskin to start the contest, but the Toppers defense would stand tall in the early stages to force a three and out, bringing a not-so-pleasant punt that would be downed at the 23-yard line.

Already on the cusp of the red zone, Science Hill would take only a few plays to reach the end zone. The second play of the drive allowed Mikah Dukes to power through the front line to take the ball down to the five-yard line where quarterback Jaysahn Swartz would scamper in for the touchdown to make it 7-0.

After another three-and-out drive from the Cyclones, Science Hill took over just inside midfield. It was more of a process for the team from Johnson City, but the outcome would be the same, as Jovanni Williams brought the ball inside the five-yard line where Dukes would cross the goal line from three yards out.

The score by the Toppers to make it a two-possession lead would be followed by a two-point conversion pass from Swartz to Nathan Byrd to give Science Hill a 15-0 advantage to end the first period.

Elizabethton’s Mason Williams would make the best out of another three and out by pinning the ‘Toppers deep with a punt that would roll all the way down to the three-yard line.

After a series of punts from each team, the Cyclone defense would come alive with an interception by Eli Blevins, one that would give Elizabethton the ball at the thirty-yard line.

But it was nothing doing, as neither team would score in the second stanza, leaving Science Hill with a 15-0 lead at the half.

The Cyclones would be the ones to start things off in the second half when on their first possession of the third quarter Gib Maupin found Cameron Baker across the middle for a gain of 17 yards to bring Elizabethton within the 15-yard line.

A pass interference call would put the ball on the seven, where Maupin would find Josh Sweeney on a beautiful fade route in the back of the end zone for the score.

Blevins capped things off with a reception to add on two more, making it a 15-8 ball game in favor of Johnson City.

The remainder of the third quarter of play stayed silent, but the action picked back up in the final stanza when Elizabethton began to march down the field with five minutes to go in the game.

Two excellent sideline grabs from Sweeney would help the Cyclones find themselves inside the ten-yard line, where Maupin would throw another beautiful ball to Baker for the touchdown.

The two-point try from ‘Betsy failed, leaving the game at a pivotal one-point differential, 15-14, in favor of Science Hill with three and a half to go.

With a one-point lead, the ‘Toppers could not be held to a three and out as Science Hill would emerge victorious and settle the score from Friday by the closest of margins, 15-14. 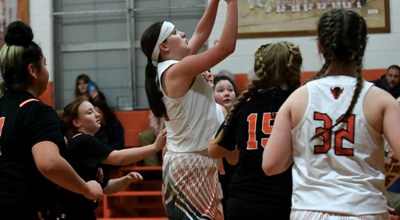 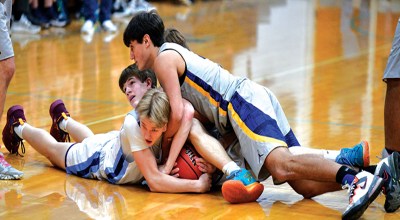 ‘Landers can’t keep up with ‘Dogs

Toot! Toot!… Cyclones hold the throttle down in taking…