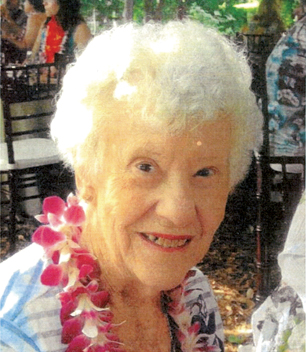 Georgia Mae Ritchie Hyder, of Columbia, S.C., died Monday, August 23, 2021. Born November 11, 1929, in Elizabethton, Tenn., she was a daughter of the late Andrew “Andy” and Cordia Nidiffer Ritchie.
Ms. Georgia graduated from Unaka High School and Steed College. She went on to work at Bemberg Industrial where she met her future husband, Clyde Hyder. They married on June 9, 1951 and as a military family, they lived in Fort Drum, N.Y., Fort Sill, Okla., Schofield Barracks/Fort Shaffer, Honolulu, Hawaii, Fort Sam, San Antonio, Texas, and Fort Jackson, Columbia, S.C. After decorated service in Korea and Vietnam, and achieving rank of Command Sergeant Major, Clyde passed away in July 1994.
A member of Kilbourne Park Baptist Church, Ms. Georgia retired from Fort Jackson on February 3, 1995, where she worked in civil service. On January 2, 1967, she was initiated and became a member of the Order of the Eastern Star, Fort Jackson Chapter 253, where she held many positions and at one time served as Worthy Matron.
Ms. Georgia was a lifelong sports fan who watched her nephew play basketball at University of Tennessee, to never missing her son’s basketball or baseball games from the age of seven years old through high school. As an avid Gamecock fan, later in life she attended many football games with her friend/companion, Jack Beamon. She and Jack enjoyed many evenings dancing at the senior center and traveling the south together. She loved watching all sports, especially women’s and men’s basketball and her beloved South Carolina Gamecocks. She also enjoyed attending Atlanta Braves games and after Jack’s passing, she never missed a Braves game on TV.
Aside from sports, she loved spending time with her family. She always looked forward to the many Thanksgiving and Christmas dinners at Joni’s or Tracy’s house that also included watching sports under warm blankets by the fire.
Survivors include two children, Jill Long (LeMont) and Brett Hyder (Joni), all of Columbia, S.C.; two granddaughters, Sheryl Long and Renee Coe (Keith); six great-grandchildren; four great-great-grandchildren; sister, Anna Ruth Cole; brother, Lawrence Ritchie; and many nieces, nephews and cousins.
A service for Mrs. Hyder will be held at 2 p.m. Saturday, August 28, at Memorial Funeral Chapel, 212 N. Main Street, Elizabethton, Tenn., with Mr. Scott Fisher, minister, officiating. Interment will follow at Happy Valley Memorial Park. Pallbearers will be selected from family and friends. The family will receive friends at the funeral home one hour prior to the service. A special thank you to the many family members and friends who spent time with her, especially to Joni and LeMont, for their unwavering love and care provided for many years and until her last breath. Condolences may be sent to the family at our website, www.memorialfcelizabethton.com.
Memorial Funeral Chapel is serving the Hyder family.

Ella Ruth Nave Perry was born July 15, 1932 to Laura Nidiffer Nave and William McKinley Nave. She was a... read more