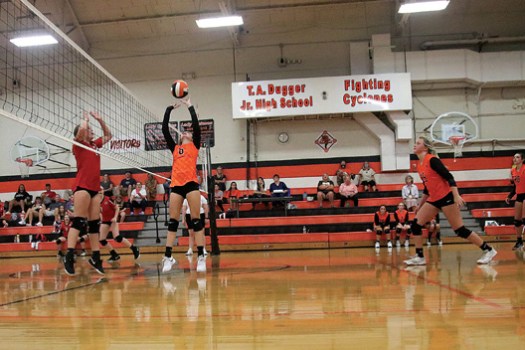 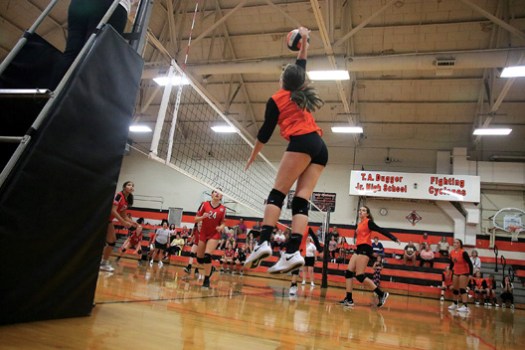 Star Photo/Randall Bennett Ainsley Wampler gets ready to spike the ball for the Jr. Lady Cyclones. 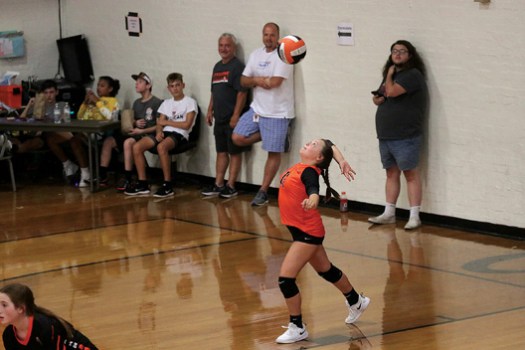 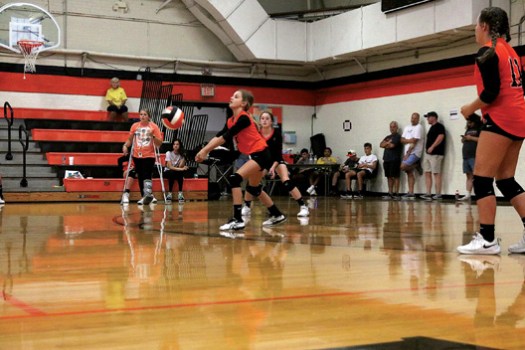 Star Photo/Randall Bennett Lillie Vest digs a ball back toward the opposite side of the net for the Jr. Lady Cyclones. 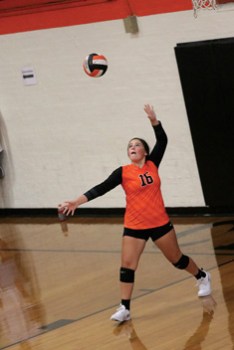 Star Photo/Randall Bennett Piper Kate Bennett prepares to send one to the other side of the net for T.A. Dugger.

BY AUSTIN ALEXANDER
STAR CORRESPONDENT
ELIZABETHTON- On a busy Thursday evening around TA Dugger, the Jr. Lady Cyclones looked keen on a victory to close out their game week.

The Jr. Lady Cyclones looked the part from the opening whistle showing they weren’t backing down from the challenge. It didn’t take long for T.A. Dugger to take full control and ultimately the match, 2-0.

Things got kicked off in the opening set with TA Dugger winning the first point and the serve. Jasy Shell would step up to serve and the Cyclones would take the next six points starting the game on a 7-0 run.

The Warriors of Sevier hit back but constantly struggled early in the first set to pull any closer than six or seven points.

With pretty much all the momentum and a rocking home crowd, Piper Kate Bennett began her serve at 16-10 and didn’t stop for eight consecutive points including an incredible rally from both teams that saw a heroic leaping save from Cyclone ace, Zyleigh Bates.

A couple of late points would pull Sevier a little closer, but set number one belonged to the Cyclones 25-12.

After the short break between sets, a much more revitalized Warrior team took the court, hoping to slam the brakes on a blowout.

The two teams were neck and neck through the first points of the set with some really heads-up plays from Lily Hardin and Adrionna Jones.

At 7-6, T.A. Dugger took the lead, the 5th of the set, and begin their March to finish the match. A fantastic couple of serves from Ainsley Wampler helped to widen the margin in favor of the Cyclones, but the Warriors weren’t going quietly.

Sevier tried to prevent a mid-set run from the Cyclones, but ultimately the ladies in orange were just too much coming up with some really clutch points when it mattered the most.

Some solid play late from Abby Gwinn and Bates, would help push the Cyclones over the line and give them the second set victory, 25-21, as well as the match victory, 2-0.
—
Junior Varsity
SEVIER 26-24