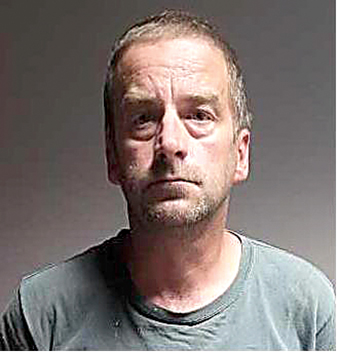 According to Washington County Sheriff Ed Graybeal, Friday afternoon investigators arrested Charles Edward Gilland, 46, of Gray. An investigation began on July 10, 2021, when deputies were called to the Gray Fairgrounds in reference to a registered sex offender attending an event where multiple children were present. When deputies arrived on scene they made contact with Gilland and confirmed his status as a registered sex offender. The investigation was then turned over to the Criminal Investigations Division of the Sheriff’s Office and a warrant was secured for Gilland’s arrest after his status was confirmed.

On Friday, August 27, after receiving information on his whereabouts, investigators located Gilland at a location in Johnson City and placed him into custody on the outstanding warrant. A subsequent investigation revealed that Gilland has been residing in a home where two juveniles also lived and additional warrants were filed. Gilland is currently being held in the Washington County Detention Center on a
$7,500 bond. He is scheduled to appear in court on August 30, where he faces two counts of violating the sex offender registry. Gilland was previously arrested for violating the sex offender registry in 2017 and 2019.