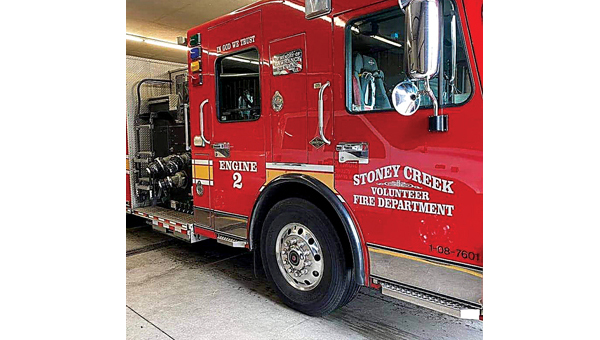 Contributed Photo The Stoney Creek Volunteer Fire Department is hosting their first ever golf tournament on September 11 to help fund a new building for the department.

The Stoney Creek Volunteer Fire Department in Elizabethton has been known to host many community events for all to enjoy, and this month there is going to be yet another event to add to that list.

The fire department will be hosting their first ever annual golf tournament on September 11, an event that will help fund the costs of a new fire station for the department.

Benny Lyons, one of the directors of the golf tournament, explained why the department decided to host the tournament, saying, “Our current building that we are using right now was built in the early 1980s, and there are many problems with cracks in the foundation, sloping in the floors, and various other aspects.

“Things are not getting any better in the building, so we decided we would host a fundraiser for the funds as well as have an event that people out in the community can enjoy.”

Lyons stated that the current building is unable to be repaired and explained just what the funds from the tournament will be used for.

“The river has started to come up under the building, making the soil move at the old station. Because of that, we have bought a new piece of property, and we are planning on using the proceeds from the tournament to help build a new building.”

In terms of the tournament itself, there will be door prizes, giveaways, and raffles during the event for all those who participate.

The Stoney Creek Volunteer Fire Department’s First Annual Golf Tournament will be held on Saturday, Sept. 11, at 1:30 p.m. and will take place at the Elizabethton Golf Course.

The cost per four-man team at the tournament is set at $200 per team, and there will
also be a putting contest with an entry point of $10 per person.

All proceeds from the event will go towards the Stoney Creek Volunteer Fire Department’s New Building Fund, and any questions or concerns can be answered by Benny Lyons at (423) 384-6872 or Ken Arnold at (423) 213-8304.

BY NIC MILLER STAR STAFF nic.miller@elizabethton.com For those looking for something new and exciting to do in the upcoming weeks,... read more